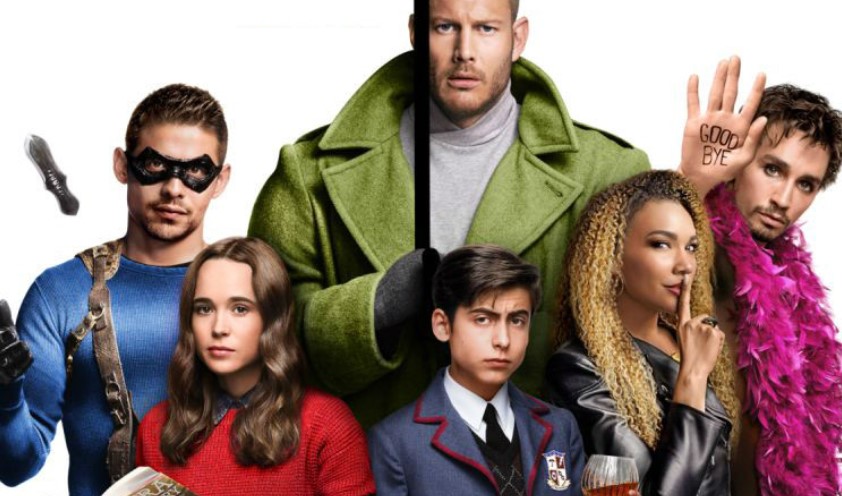 Netflix  dropped their first teaser for The Umbrella Academy series last year, and now they’ve released a full trailer giving us a lot more of the characters and cool aesthetic of the show.

A disbanded group of superheroes reunite after their adoptive father, who trained them to save the world, dies.

This comic was created by Gerard Way and Gabriel Ba and ran from 2007–2013. The comic had seen a revival with Hotel Oblivion last year, and is still ongoing now.

I don’t mean to bash the source material too hard, but to me it felt more like a gothic version of X-Men storywise. When it comes to art, Gabriel Ba has a very distinct style that made the series pop out among the rest. I can’t wait to see what they do with Ellen Page’s character who becomes the White Violin. She had a very cool look in the comic, and I hope they bring it into the show somehow.

If I could make another comparison, it pretty much feels like Netflix’s replacement for A Series of Unfortunate Events which ended earlier this year.

If anything, Umbrella Academy  looks delightfully quirky, and the characters all look very well-rounded and fun. That CGI chimp also looks amazing for a TV series like this. Too bad they don’t have the budget to keep Space Boy in his giant ape body.