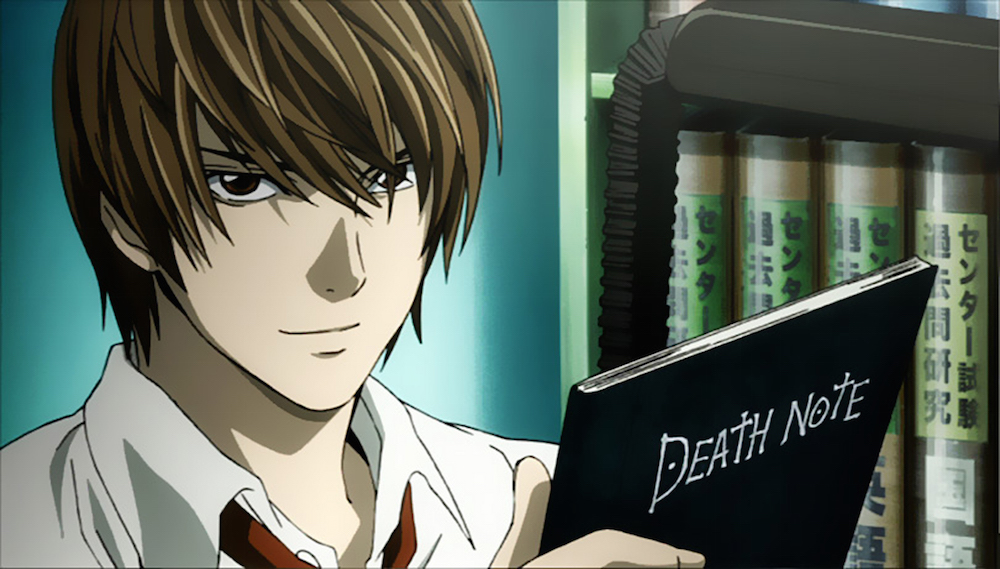 UPDATE: Variety has reported Netflix is in final negotiations to pick up the dropped Warner Bros. project. June will see the feature film’s production begin.

Netflix is currently in the bidding for the rights to the acclaimed manga series, Death Note. According to a report by Variety, other studios in the running for the rights are STX and Lionsgate, among a few others. However, Netflix seems to be the one that will come out on top. The final price on the bid is expected to range between $40-$50 million. Should Netflix gain the rights, there are plans to move forward with production on a feature film, which is preparing for a June start date.

Paper Towns actor, Nat Wolff, is set to star in the Adam Wingard movie as the series’ protagonist (and anti-hero? Still up for debate.) Light Yagami. Death Note, originally written by Tsugumi Ohba and illustrated by Takeshi Obata, follows a high school student who finds a supernatural notebook that allows him to kill whomever’s name he scrolls in its pages. With a supernatural creature, a Shinigami named Ryuk, offering insight along the way, Light takes on a responsibility involving drastic measures that he feels the world needs to have in place.

The manga has been adapted to short films, video games, and, most famously, a fantastic anime series, which is currently available for binge watching on Netflix.