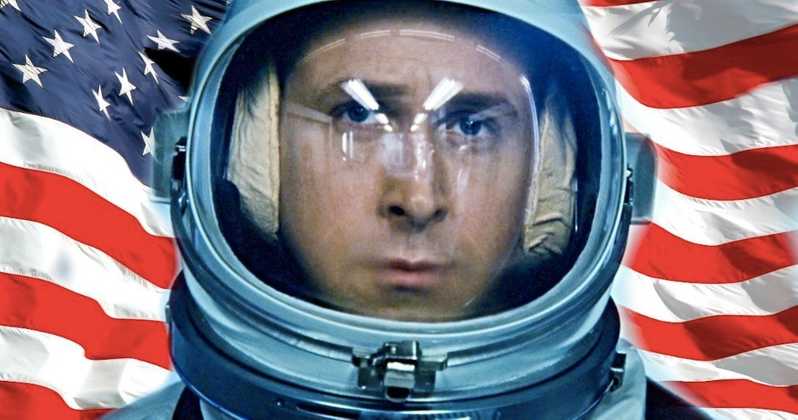 The new biopic from Damien Chazelle of La La Land fame, First Man, debuted in this year’s Venice Film Festival.  The movie, which details the journey of Neil Armstrong and the rest of the Apollo 11 crew to the moon, opened to rave reviews.

Michael Nordine from Indiewire called the movie a powerful experience. While Chris Nashawaty from Entertainment Weekly gushed about the movie being remarkable:

“Chazelle and Gosling have achieved something remarkable with First Man, even if that first man is the last man we feel we truly know.”

Considering the fervor the movie has received from critics, it is bound to receive an Oscar nod. Nevertheless, the film still doesn’t escape some form of controversy.

The movie notably leaves out Neil Armstrong’s planting of the American flag on the surface of the moon. Recently, the sons of Neil Armstrong have commented on Chazelle’s creative decision to exclude an iconic moment.

In a statement released by Rick and Mark Armstrong to the Associated Press, the sons of the acclaimed astronaut defended the decision that Chazelle made. They explain that Neil was more than just an American hero:

“Although Neil didn’t see himself that way, he was an American hero. He was also an engineer and a pilot, a father and a friend, a man who suffered privately through great tragedies with incredible grace. This is why, though there are numerous shots of the American flag on the moon, the filmmakers chose to focus on Neil looking back at the earth, his walk to Little West Crater, his unique, personal experience of completing this journey, a journey that has seen so many incredible highs and devastating lows.”

The Armstrongs further explain that the movie shows what most people do not know about their father. It is all about giving light to a person that has been so mythologized:

“This is a film that focuses on what you don’t know about Neil Armstrong. It’s a film that focuses on things you didn’t see or may not remember about Neil’s journey to the moon. The filmmakers spent years doing extensive research to get at the man behind the myth, to get at the story behind the story. It’s a movie that gives you unique insight into the Armstrong family and fallen American Heroes like Elliot See and Ed White. It’s a very personal movie about our dad’s journey, seen through his eyes. This story is human and it is universal.”

Ryan Gosling, the actor who plays Neil himself, has previously commented on the issue. In an interview with Business Insider, Gosling explains that walking on the moon is more than an American achievement; it is a human feat:

“I think this was widely regarded in the end as a human achievement [and] that’s how we chose to view it. I also think Neil was extremely humble, as were many of these astronauts, and time and time again he deferred the focus from himself to the 400,000 people who made the mission possible.”

First Man is scheduled for a nationwide release on October 12, 2018.