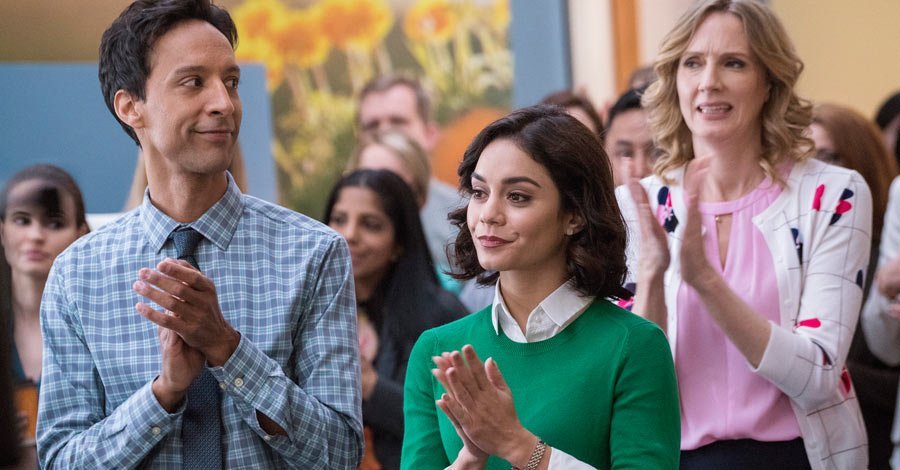 Despite failing with their previous DC Comics series, NBC is trying again, this time with a very different route. The network has put in a series order for Powerless, a sitcom set in the DC Universe that will star singer/actress Vanessa Hudgens.

The Grease Live star will play Emily, a young insurance adjuster who helps the average person deal with damage caused during a superhero’s fight with criminals. As Entertainment Weekly notes, the series kicks off with Hudgens standing up to one of the superheroes on the subway and becoming a hero among her colleagues. While she tries to lead a normal life, Emily also learns that you don’t have to be Superman or Wonder Woman to be a hero.

The cast also includes Community‘s Danny Pudi, Suburgatory vet Salan Tudyk and A To Z‘s Christina Krik. Ben Queen, who was behind the short-lived A To Z, is writing and an executive producing. Hopefully, Powerless fares better than NBC’s previous DC Comics series, Constantine. That show only ran one season, although did get a kind of second life when star Matt Ryan appeared on Arrow.

Another member of the NBCUniversal family is getting a DC show. SyFy is moving ahead with Krypton, a Superman prequel.

NBC also put in a series order for Trial & Error, a legal comedy starring John Lithgow. The two shows will aim for a spot on the network’s 2016-2017 schedule, which should be announced next week during its upfront before advertisers.

For NBC viewers who long for a revival of the network’s comedy block, this is good news. NBC’s comedy lineup was almost nonexistent for the current TV season, as Undateable and Truth Be Told are both long over. The Carmichael Show and Crowded are the only sitcoms the network is airing now.