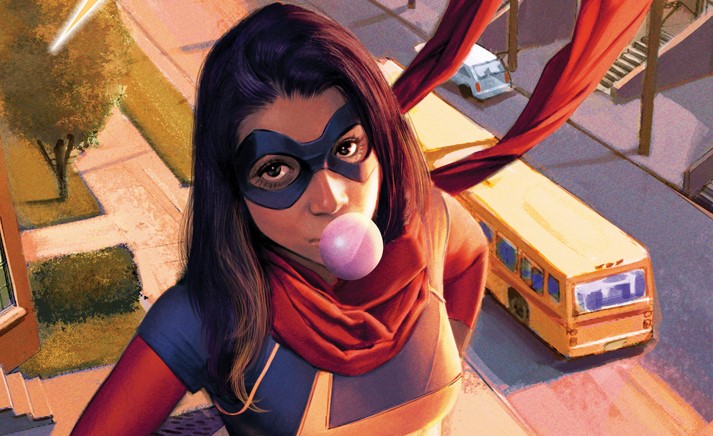 After taking center stage in the Avengers game, Kamala Khan is set to have her own Disney+ show with Ms. Marvel. The series had actually begun shooting already, and we have our first photos of Iman Vellani’s Kamala coming out online.

The first set photos of Kamala Khan in the Disney+ ‘MS. MARVEL’ series have been released.

There are also photos of Kamala wearing a Captain Marvel outfit. We don’t really know what’s happening here, but some suspect that it could be for some kind of Halloween event. This also kind of sets up how huge of a fan Kamala is of Captain Marvel, that’s why she takes on the Ms. Marvel mantle.

I’m already excited to see what the show has to offer. While Peter Parker is the closes thing we have to an Avengers fan in the MCU, Kamala is the Avengers fan we’ve yet to meet. Hopefully they don’t lean too heavily on that and focus on the other elements that make Kamala interesting, like her quirky attitude or her Muslim background.

If it weren’t for COVID-19, we would have already gotten Black Widow, The Falcon and the Winter Soldier, and Eternals already, with WandaVision probably coming out in December. Unfortunately, the pandemic is still happening, so the entire lineup had to be pushed back, which means that it would be a while before we got to see Ms. Marvel on Disney+. Fingers crossed we get the show next year, but we should prepare for the possibility of a delay somewhere down the line.