Mr Mxyzptlk is Coming to ‘Supergirl’ 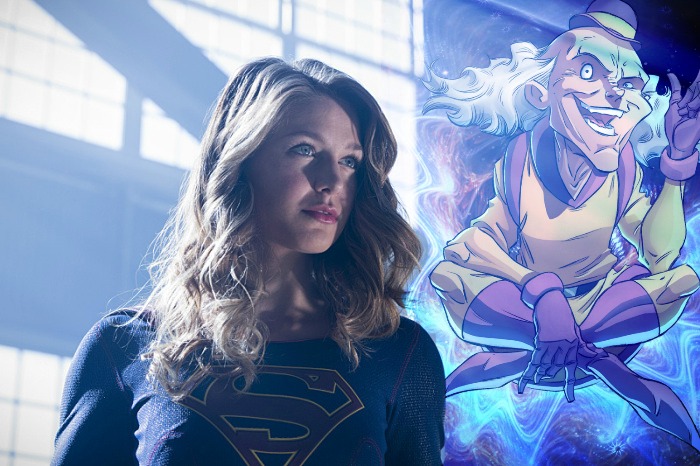 Over its one and a half seasons, Supergirl has introduced quite a few recurring foes from Superman comics. There was Toyman, Metallo, Bizarro, Parasite, Livewire… The last two weeks have even brought in Cyborg Superman (minus the Superman look). At least one more will join the show in the second half of its second season in the new year. And it’s one of the weirdest enemies Supes has ever faced – Mr Mxyzptlk. The CW network confirmed the news to ComicBook.Com. He will appear in two episodes.

Created by Superman creator Jerry Siegel with artist Ira Yarborough, Mxyzptlk (usually pronounced ‘Mix-yes-spit-lik’) is one of the most powerful villains in the Superman mythos on account of his ability to warp reality. In short, he’s basically magic. However, he is also one of the goofiest in the whole DC villain pantheon. Hailing from the fifth dimension, Mxyzptlk appears as an impish old man, most recognisable for his purple bowler hat. Some versions depict him as a darker force of chaos, but usually he is a light-hearted villain. For instance, he can be defeated by saying his name backwards.

Supergirl is not the first to adapt him for the screen, as the character has previously appeared on a host of other TV shows. For instance, Superman: The Animated Series, Superfriends, Batman: The Brave and the Bold, Lois and Clark and Smallville. It will be interesting to see how Supergirl tackles him. Knowing the show’s breezy tone, our guess is that it will lean to the comedic side of the character.

Supergirl is now on its mid-season Christmas break, after forming part of a week-long crossover event with the rest of The CW‘s DC shows. It returns to our screens in January. Other things to look forward to include an episode directed by Kevin Smith and a musical crossover with The Flash.