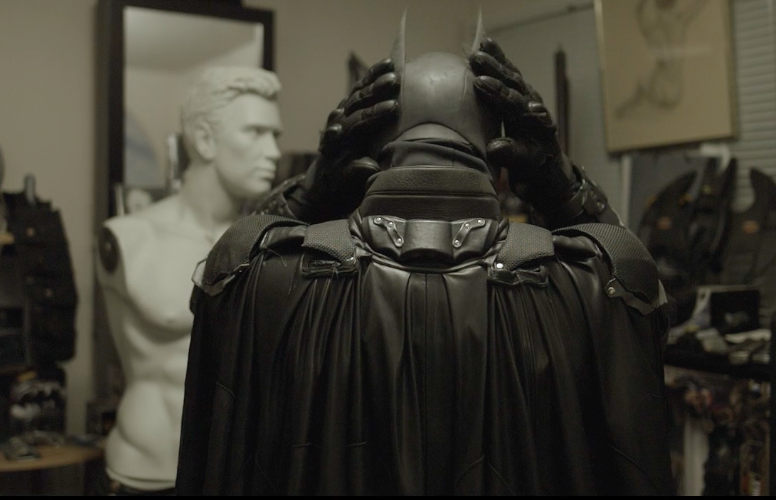 Sometimes our heroes, real or fictional, define who we are. They help inform the people we choose to be in life, or aid us in determining what we hope to achieve. They’re often what we aspire to become morally, physically, mentally, or emotionally. For most, a hero, especially one of the super variety, is the paragon of human excellence, demonstrating the good we all want to see in the world around us. For one man in Brampton, Ontario, becoming his hero is the way he chooses to reflect that good back into his community. And he does so every night, one night at a time. Watch the story of the “Brampton Batman” below in filmmaker Ryan Freeman’s Being Batman.

The short film runs just over seven minutes, documenting the Brampton Batman’s night life. He wears a real cape and cowl, has an arsenal, drives a Keaton-mobile, and practices Ninjutsu. In the film, he says he’s actually caught a few criminals. It’s pretty amazing.

However, some may be skeptical. In the film, he addresses his understanding of the difference between reality and fiction. It’s not a mask he’s putting on, nor is it extreme cosplay… it’s real, it’s who he is. That person beneath him is quite simply the Batman. Talking to Ivan Kander from Short of the Week, director Ryan Freeman addresses it, as well.

“[Batman] lives a unique life and people are quick to judge and write him off as strange or weird. He told me that 50% of people think he’s crazy and the other half think he’s awesome. Through this film, my hope is that the audience connects with [his] story and we can all be a little more understanding of one another.”

For many years, the Brampton Batman has patrolled his city’s streets at night. In 2014, he publicly unmasked himself. For the sake of the documentary, though, he’s chosen to maintain a bit of anonymity, which explains the film’s cutaway shots and clever shooting angles. When it comes to being the Bat, it’s all about keeping up appearances, right? Said appearances included inspiring hope, even for one of the darkest characters in comics — This Batman has done just that.