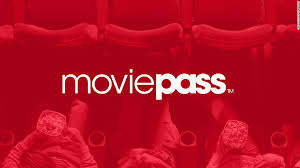 In the last few years, there has been a steady decline in movie going across the country. According to statistics, only 13% of the population go to the cinemas at least once a month. Meanwhile, 22% claim that they haven’t seen a movie in a proper cinema house in years.

Considering the advent of streaming technology and the significant rise in ticket prices, there is no wonder Americans have stayed home and watched their favorite films in the comfort of their own couch.

Moviepass, offers a subscription service that allows a subscriber to receive one movie ticket per day for a flat monthly, quarterly or yearly fee. It’s supposed to be the answer to movie theatres’ dying state. Unfortunately, it seems like Moviepass is also in danger of bankruptcy.

Late last week, Moviepass subscribers reported that the service has been down for a couple of hours. In the wake of the complaints, the company has issued an apology explaining that the outage was caused by issues on their back-end:

“We sincerely apologize for the inconvenience caused from the temporary outage in the app over the past day.  We have handled the issues on the back-end, and our app is now up-and-running with stability at 100%” read the statement.

According to industry insiders, the “issue” wasn’t technical. Moviepass failed a partner that handles the ticketing process for their service. The outage was a result of this missed payment.

Michael Pachter, research analyst from Wedbush Securities, has long predicted the financial problems Moviepass is currently facing. According to the expert, it is all simple math. Moviepass charges $10 a month for a service that allows subscribers to watch one movie every day. A movie ticket costs around $10 a pop. Should a subscriber decide to even just two movies in a month, the service would lose money.

Pachter surmises that the $5 million bailout money is the last leg Moviepass has to stand on. It is only a matter of time before the funds officially run out:

“The $5 million was that last breath of oxygen and now we’re deciding if we’re going to cut off their oxygen” explained Pachter as reported by the NY Times.

Mere days after the ordeal, subscribers are yet again having difficulties using the service. According to reports, customers do not have the option to  book Mission Impossible: Fallout. Moviepass has since explained that card-based check-ins are the issue. Customers can use their service via e-ticketing.