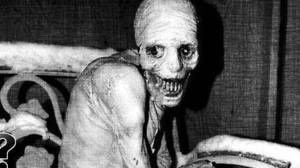 There is no denying that internet urban legends aka creepypastas have been growing in popularity in the last few years. Arguably, one of the scariest and most popular is The Russian Sleep Experiment.

Written around eight years ago, The Russian Sleep Experiment was crafted by an unknown Creepypasta Wiki user that goes by the name of Orange Soda. Since the story was published in 2010, this creepypasta has received notoriety online. So much so, that a full-length movie adaptation of the internet urban legend is now in the works.

According to a recent report by Bloody Disgusting, cinematographer Barry Andersson has been tapped to direct a film entitled The Soviet Sleep Experiment based on the story. The press release confirmed that the film would follow four test subjects as they deprived of sleep for 30 days:

“Andersson has pulled together an ensemble cast of international actors to tell this suspenseful story of a married research team who, under close watch of the Red Army, set out to study the effects of forced sleep deprivation on four patients locked inside an observation chamber for 30 days” read a part of the press release.

Some of the cast and crew of the film have already been confirmed.

Eva De Dominici, from You Shall Not Sleep, Rafal Zawierucha, from Tarantino’s Once Upon a Time in Hollywood, and Evgeny Krutov, from Stranger Things, have been cast as Dr. Ana Antonoff, Dr. Leo Antonoff, and Captain Yegor Sokolov – respectively. Likewise, Chris Kattan, from Saturday Night Live, Charles Hubbell, from Walking with the Enemy, Paul Cram, from Wilson, and Michael Villar, from Skin, have been tapped to play the four “patients.”

While exciting, The Russian Sleep Experiment is not the first creepypasta to make a big screen debut.

Just this year a film adaptation of the popular internet urban legend, Slender Man, premiered in theatres across the United States. Upon the announcement of its development, Slender Man the movie was received tentatively by critics and casual viewers alike. There were a lot of predictions betting that the feature would be nothing more than a low-budget B-movie.

Slender Man premiered last August 2018. Rightfully so, the feature was universally panned by critics on review aggregator websites like Rotten Tomatoes. It was criticized for being undercooked and barely having a plot that ties the legend together. One critic went so far as to call Slender Man tasteless.

It currently holds a paltry 7% rating. It also bombed in the box-office – earning only $4.9 million out of the expected $8 – 12 million on its opening weekend.

It didn’t help that the premiere came following the Waukesha, Wisconsin incident which involved a 12-year-old getting stabbed 19 times by two of her classmates. Upon investigation, the assailants admitted that the Slender Man told them to commit the crime, otherwise, he would injure and kill their families.

At this point, there has yet to be an announcement on when The Soviet Sleep Experiment would make its nationwide debut. However, Andersson is hoping the the film would be done by Summer of 2019.