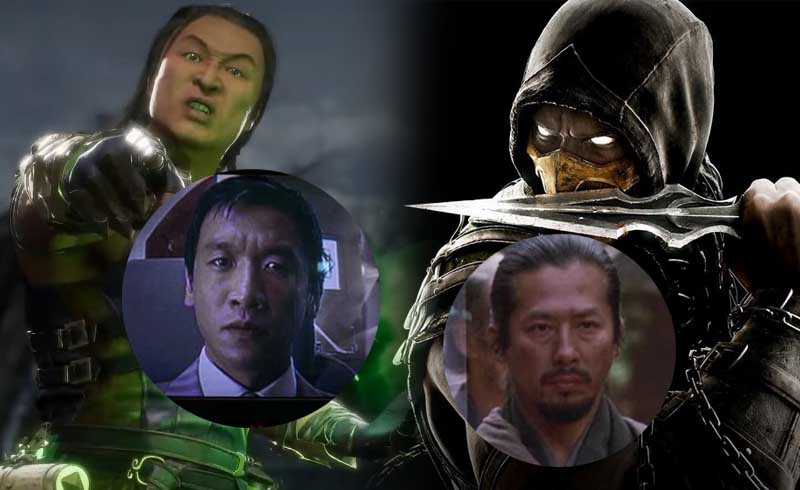 The Mortal Kombat movies kind of crashed and burned back in the 90s, but New Line Cinema is set to make a whole new box office franchise with NetherRealm’s cult fighting game. The roster for the cast is steadily growing, and news has it that the film may have just found its main villain (and one popular anti-hero).

According to Variety, Mortal Kombat has found its Scorpion and Shang Tsung in the form of actors Hiroyuki Sanada (Westworld, Avengers: Endgame) and Chin Han (The Dark Knight). No details have been given about the characters, but based on casting we could already have a hint at what to expect.

With Sanada being an established action hero and swordsman, I have no doubt the film is going to have him in an all-out battle with Joe Taslim’s Sub-Zero. With Sanada nearing 60 and Taslim still at 38 though, I wonder how they will match up physically.

As for Chin Han, I don’t expect him to really do much as Shang Tsung. Tsung is basically the first main villain of the Mortal Kombat franchise, and all he really does is suck people’s souls out with magic and shapeshift into other characters. I expect Han to spend a majority of the film just sitting and giving speeches. Maybe he’ll get physical a little, but I’m expecting him to morph into all the other fighters at some point.

Besides the mentioned actors, Mortal Kombat has also cast Ludi Lin (Liu Kang), Jessica McNamee (Sonya Blade), Josh Lawson (Kano), Tadanobu Asano (Raiden), Mehcad Brooks (Jax Bridges), and Sisi Stringer (Mileena). Lewis Tan is also in the movie, but his role is yet to be revealed. Personally, I think he’s Kung Lao, but another part of me thinks he got cast as Johnny Cage and the studio is keeping it under wraps to avoid any kind of backlash.