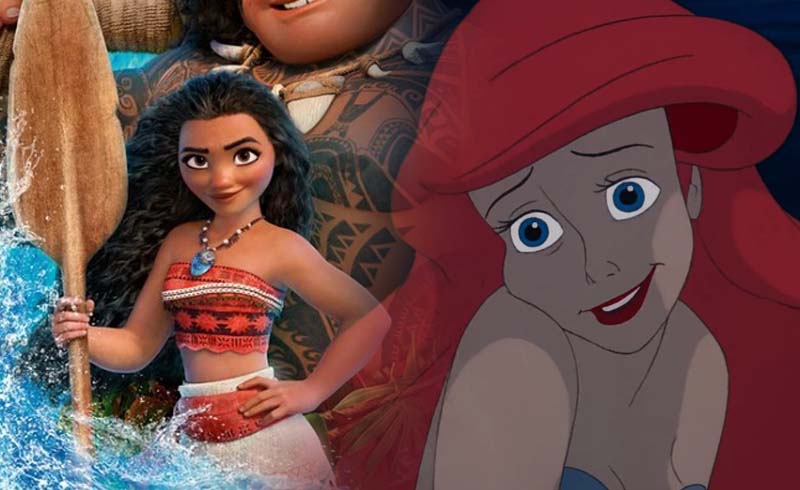 Though Disney has already started casting for The Little Mermaid remake, it will be a while before we actually get to see the movie hit theaters. What’s interesting is, ABC is planning a live musical special event, and they’ve cast another Disney princess to play one of the OG Disney princesses.

As per The Wrap, Moana’s Auli’i Cravalho has been cast as Ariel in The Wonderful World of Disney Presents The Little Mermaid Live. We know that Cravalho provided her voice for the hit How Far I’ll Go. Now I’m just geeking out thinking about how she’ll sound singing Part of Your World.

Cravalho isn’t alone in The Little Mermaid cast either. The special has already cast Queen Latifah to play the sea witch Ursula, and the musician Shaggy has also been cast as Sebastian the crab. Despite being a supporting character, Sebastian actually has the most musical numbers from Under the Sea to Kiss the Girl.

Other cast members are expected to be announced soon, but I guess they come second priority since they don’t really have musical numbers (unless you count Ariel’s sisters). It’s kind of funny how the film has it backwards. Though we have Ariel, we have yet to get news on other characters like Ursula and Sebastian. Instead the film has cast supporting characters like Flounder (Jacob Tremblay) and Scuttle (Awkwafina).

Here’s the synopsis of the original Disney movie:

In Disney’s beguiling animated romp, rebellious 16-year-old mermaid Ariel (Jodi Benson) is fascinated with life on land. On one of her visits to the surface, which are forbidden by her controlling father, King Triton, she falls for a human prince. Determined to be with her new love, Ariel makes a dangerous deal with the sea witch Ursula (Pat Carroll) to become human for three days. But when plans go awry for the star-crossed lovers, the king must make the ultimate sacrifice for his daughter.

The Wonderful World of Disney Presents The Little Mermaid Live is set to air on ABC this coming Nov. 5.