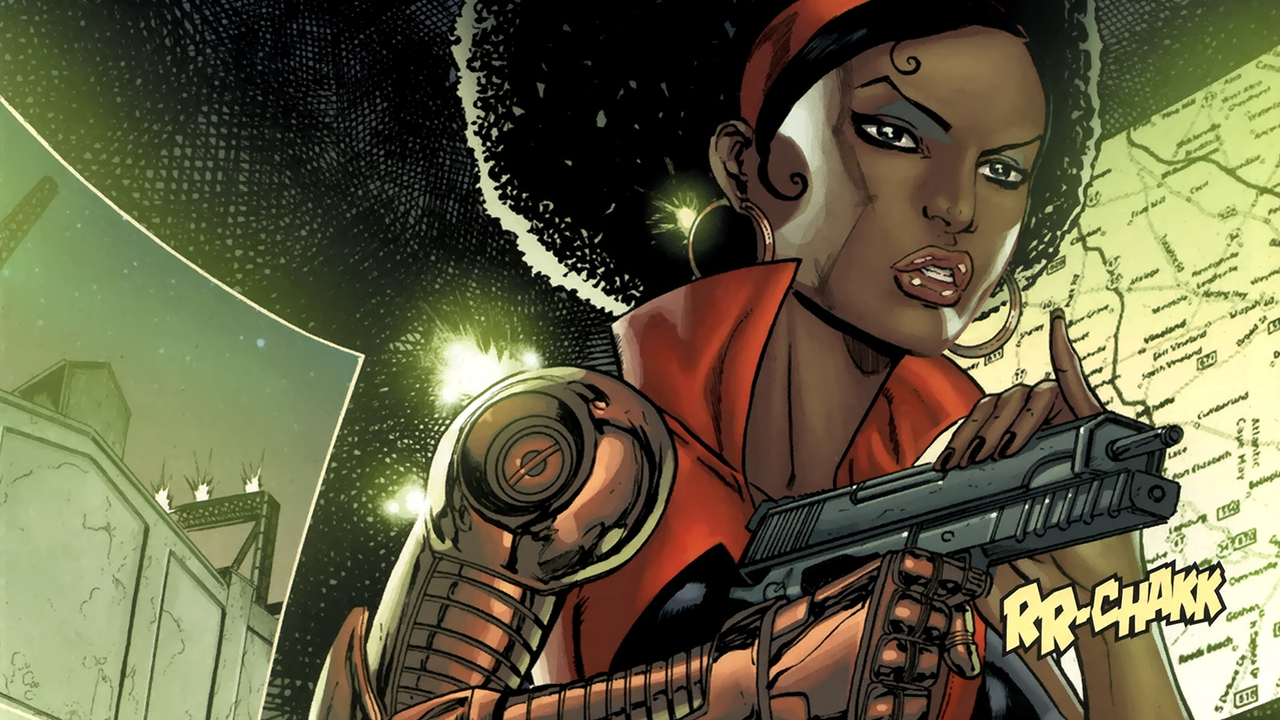 Simone Missick will not be reprising her role as Misty Knight in Netflix’s Iron Fist as previously believed. Originally it was reported by The Hollywood Reporter that the actress would be appearing in the show alongside Luke Cage debuting in September. Head of Marvel Television Jeph Loeb stated in that article:

“I can tell you that what she’s doing on ‘Iron Fist,’ it’s just incredible. The fans are really going to love it.”

A head at Marvel Television has since clarified to CBR that this is not the case and the original article has been amended, replacing the quoted ‘Iron Fist’ to ‘Luke Cage’.

The original story is below:

Actress Simone Missick will reprise her role as character Misty Knight in Netflix’s upcoming Iron Fist. The fan-favourite character will debut in Luke Cage set to release in late September.

The news comes courtesy of The Hollywood Reporter (via CBR) who reported that head of Marvel Television, Jeph Loeb, told them:

“I can tell you that what she’s doing on ‘Iron Fist,’ it’s just incredible. The fans are really going to love it.”

Although the report doesn’t go into much detail about her role in Iron Fist, the character has a history of being both an ally and love interest of Danny Rand and Luke Cage. Therefore, it comes as no real surprise that Misty Knight will appear in both shows. Maybe more information regarding her role in Iron Fist will become clear when Luke Cage gets underway?

What is touched upon in The Hollywood Reporter’s article however is the possibility of Misty Knight having a Netflix spin-off show of her own. Although actress Simone Missick expressed enthusiasm toward the idea, Loeb said it is all rumour and speculation at this point.

“We certainly have plans for all of our characters. A lot of it has to do with exactly how many shows Netflix is actually going to let us make. We’re up to six now. […] At a certain point, we have to be careful that we’re not becoming the Marvel channel on Netflix.”

“Somebody put it on Twitter that they want to see a Misty Knight series with Shonda Rhimes as one of the writers. I was like, ‘Hell yeah,'”. How cool would that be? If you say it, if you put it out there, maybe it will happen. Tweet it, and it will come.”

Loeb makes a fair point. The superhero genre in general has been criticised of over saturation, so Marvel needs to be careful they’re not just making shows for the hell of it. If too many characters start having their own shows, it may spoil the excitement of seeing them crop up in other series.