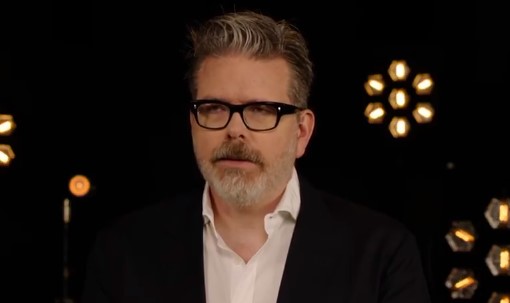 Mission: Impossible – Fallout, which debuted last July, is one of the most successful iteration of the Mission: Impossible franchise. The movie was not only a box-office hit, earning more than $700 million worldwide, but was also a critical darling, holding an impressive 97% rating on review aggregator website Rotten Tomatoes.

Aside from Tom Cruise’s star power, the success of the movie is attributed to its director – Christopher McQuarrie. McQuarrie is known in Hollywood as a “fixer” – a director who can come in, take a flailing franchise, and make it great again.

During the premiere of Mission: Impossible – Fallout, McQuarrie sat down with Collider to discuss the movie and his past and future projects. It was during the Q&A when it was revealed that the director was asked to work on a Green Lantern project.

During the interview, McQuarrie confirmed that he was asked to be involved in a Green Lantern project. He explained that he wasn’t much of a superhero/comicbook fan. He was concerned that he would not be able to give the project any justice especially if he writes the movie:

“When I came in on Green Lantern I was like, ‘Here’s how I would do Green Lantern,’ and they were like, ‘Ah, but you know,’ and I said, ‘Well, that’s what I would do,’ and they said, ‘Well, will you direct it?’ And I said, ‘No, ’cause there’s no script.’ And they said, ‘Well you write the script,’ and I said, ‘But I may not be the guy to direct,’ like don’t make it a McQuarrie movie, make it the greatest Green Lantern you can make it. We don’t know what that is tonally. We don’t know what any of that stuff is until we get under the hood, and I may be the worst guy in the world. You may end up with Tim Burton’s Green Lantern, and I don’t have that pride of authorship.”

Nevertheless, the director explains that while he might not be the bigges Marvel or DC fan, he is not closing any doors. He is interested in telling a story. If the story happens to be about a superhero, he doesn’t see why he wouldn’t be interested in getting involved:

“I just go through the door that opens, and when somebody says, ‘You want to write The Tourist?’ I was like, ‘Yeah, okay, I think there’s a story there and we can figure it out.’ I don’t always do that, but to me it’s like, a comic book is no different than a gothic romance is no different than science fiction, fantasy, drama, it’s all the same stuff to me. It’s like, that’s the opening through which I can escape into what I like to do, which is make shit up.”

According to reports, McQuarrie is currently working on a film adaptation of the 1970s series, Star Blazers. The director has been attached to the project since 2011. Thus far, there has yet to be any news regarding the progress of the movie.