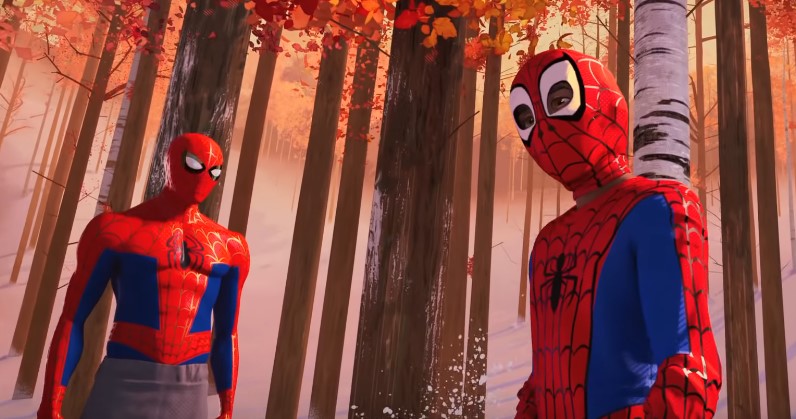 We may have lost Peter Parker by the end of Avengers: Infinity War, but he does come back in some form in Sony’s animated Spider-Man: Into the Spider-Verse movie. A new trailer has just dropped for the film, and it shows young Miles Morales running into an older and more experienced Peter Parker.

Though Spider-Man usually gets the standard superhero stories, I think it’s interesting that this film is actually introducing us to a multi-verse for Marvel. It’s fun how Morales lives in a world where everyone drinks Koca-Soda instead of Coca-Cola, and he’s never heard of something like Comic-Con.

The biggest shocker for the trailer is probably the introduction of Spider-Gwen. It was mind blowing enough that we got Peter Parker and Miles Morales together, but having Gwen enter the fray pretty much opens up doors for different Spider-Men as well. I mean, duh, it is the “Spider-Verse.” Maybe we can have Tom Holland make a cameo as his own version of Spider-Man?

Catch Spider-Man: Into the Spider-Verse in theaters Dec. 13.