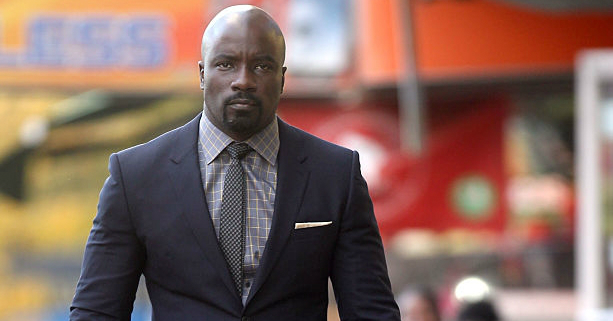 Luke Cage’s premiere will be available for streaming soon, but, interestingly, details regarding its plot are scarce. We know the show will be vastly different from the rest of the Marvel series, and takes place months after the events of Jessica Jones. We also know the hero with the unbreakable skin is set to battle a criminal element in Harlem. One of the villains Cage will be up against is Cornell “Cottonmouth” Stokes (Mahershala Ali); according to Mike Colter, there’s much more to the story we’ve yet to learn.

“There are politicians and then there are shady characters that function on the other side of the law,” Colter revealed to EW. “Who does what? I won’t say, but this becomes a situation where there are a lot of people who want to help Harlem and think they have Harlem’s best interests, but, ultimately, just because they think or say they have Harlem’s best interests, sometimes they’re being very selfish or being very short-sighted. So sometimes what they’re doing is actually harming the community.

So this is where Luke comes in,” he continued. “Because Luke is a person who likes to — he observes and he listens and he takes in to account what people tell him, and he’s a pretty smart guy himself and he understands that some peoples’ way may not be the best in the big picture. So ultimately Luke has to get involved because there are a lot of things that happen, a lot of people get hurt, a lot of lives are lost and unfortunately he’s the only one who is capable of actually helping deal with this because sometimes the law enforcement is actually not the best because they’re not aware or they’re not capable. Or maybe they’re corrupt. So, without getting into too many details, Luke Cage is gonna have to step up and be the man.”

When asked about whether or not fans could expect to see an appearance from Jessica Jones, the actor was hesitant in his answer but did offer a slight tease, saying “she’s just a train ride away.” However, he also admitted: “I don’t know. I can’t tell you. I can’t.” Should that be taken as a confirmation?

One recurring character in the Netflix/Marvel Universe is confirmed to take part in the show — Rosario Dawson’s Claire Temple. She debuted in Daredevil Season 1, before popping up again in Jessica Jones to offer Luke Cage much needed help. After the interesting conclusion to her arc in Daredevil Season 2, her move to Harlem seems as if it will match perfectly with that of Luke Cage.

Whether more information is revealed or not, all will be known once the show’s episodes are available for streaming on Netflix this coming September 30.