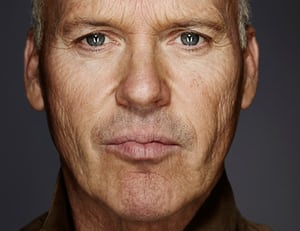 Commencement season is upon us and with that is a slew of celebrities delivering commencement addresses. Truth be told, some deliver their speeches better than others. Nevertheless, there one thing  the class of 2018 from Kent State University can be sure of – their commencement rites would be something they can talk about for a long time. Kent State University selected actor, Michael Keaton, to deliver the graduation address for this year’s ceremony. The actor attended the university studying speech for two years before ultimately dropping out and pursuing an acting career.

During Keaton’s speech, the actor famous for his role as Batman and Beetlejuice imparted what he has learned following his stint at Kent State. He encouraged the attendees to take risks. According to the actor, making mistakes is a part of life that they shouldn’t be afraid of:

“There’s nothing I love more than people who try. You have to take risks. I’m going to ask you to take risks whenever you can. Put yourself on the line. Don’t be afraid to look foolish. Make mistakes. Take chances. It’s one of the best things you can do.”

He also pressed the young graduates of Kent State to be true to themselves. Keaton insists that nothing is more liberating than not worrying about what other people think and living as your truest self:

“Don’t ever live in your false self. Always live in your real self, because the absolute freedom of not worrying about what other people think is indescribable and worth all the effort that you put into it.”

Perhaps the most memorable part of Keaton’s speech is the ending. Ready to take what the actor has to say, the attendees of the ceremony, over 21,000, of them did not expect what the actor had to say:

The crowd cheered following Keaton’s two words. Moreover, the clip of the actor reminding everyone that he is the caped crusader has gone viral. However, not everyone was entertained by the commencement address.

A few Kent State students who were in attendance were less than amused by Keaton’s speech. Some actually think that the actor was inebriated during the entire ordeal:

“Michael Keaton gave a drunk speech at my college graduation. How was yours? lol” tweeted Mike Castenir, @Casty06_m

Others were dismayed by the fact that Keaton never finished his degree at Kent State University but managed to get an honorary degree and deliver the commencement address:

“The biggest thing I learned from commencement today is that Kent is a fraud because Michael Keaton never even graduated and yet we consider him alumni and just gave him an honorary doctorate degree” tweeted Kat Trimper, @kattrimper