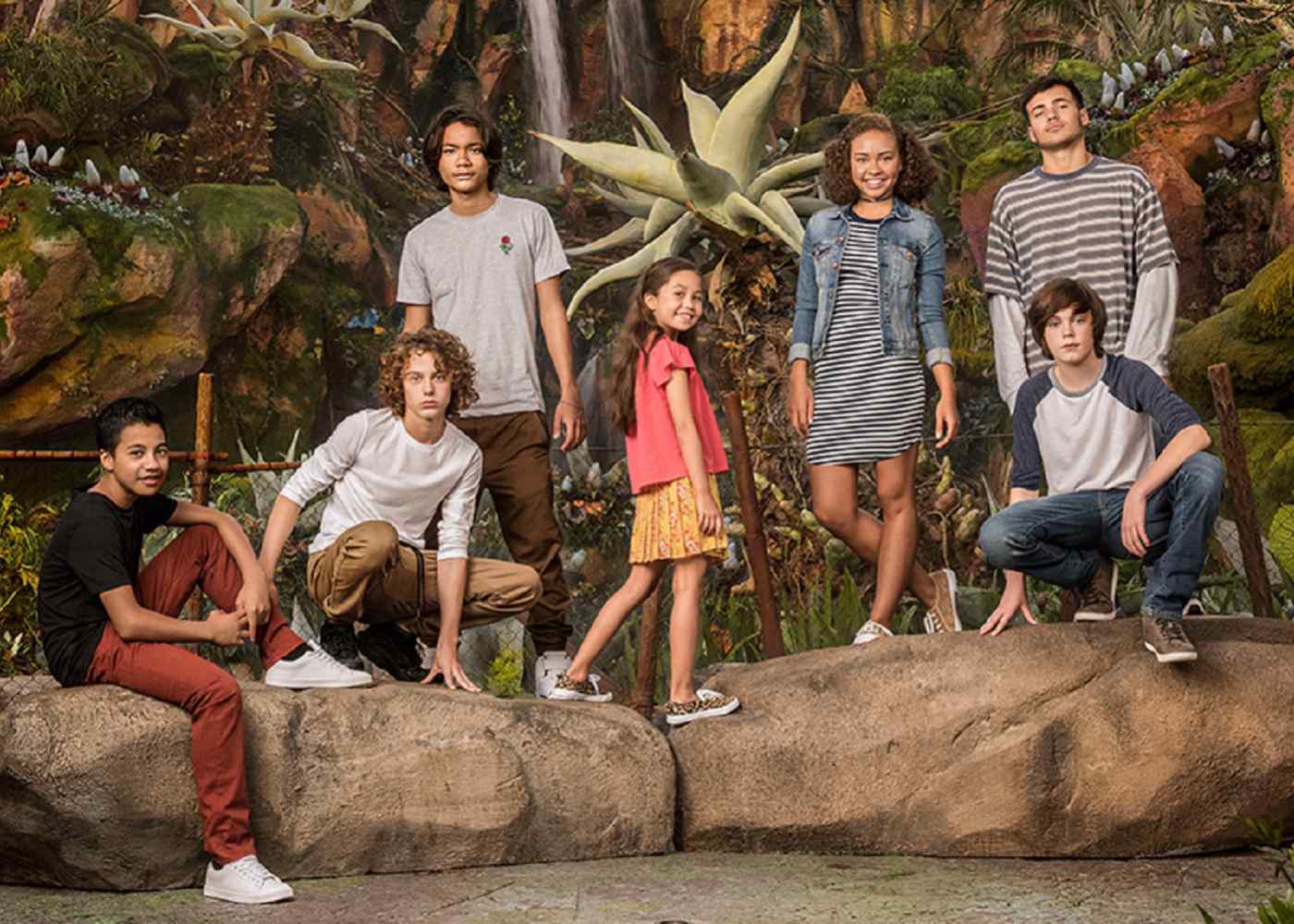 The new Avatar kids have come to Pandora in a freshly-released photo from 20th Century Fox. The studio gathered the new kids of the cast at the Pandora-the World of Avatar section of Disney’s Animal Kingdom for group photos. 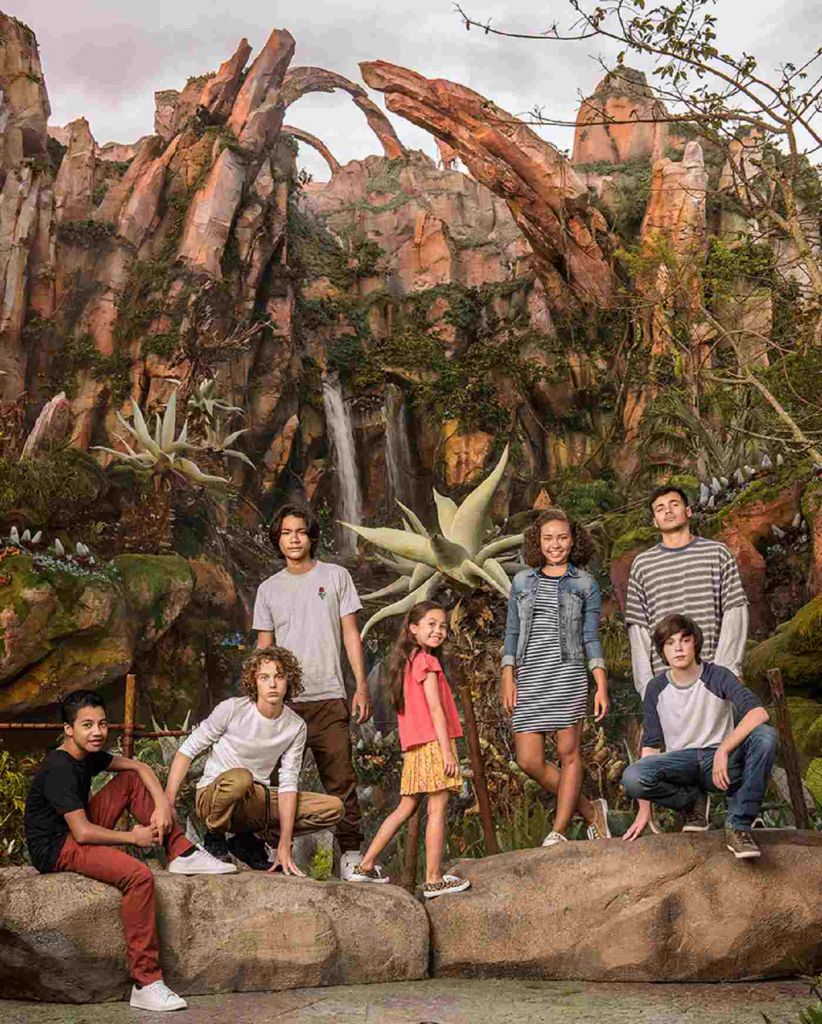 Three of the new Avatar kids are the children of Jake Sully (Sam Worthington), who was fully transferred to his Na’vi body at the end of the first film, and his Na’vi bride Neytiri (Zoe Saldana). Jamie Flatters plays the first born, Neteyam (neh-tay’-ahm); Britain Dalton plays Lo’ak (loh’ ahk), the second born; and Trinity Bliss plays the only daughter and youngest of the Sully clan, Tuktire (took-tee’-ray).

Bailey Bass, Filip Geljo, and Duane Evans play young members of the Metkayina Clan, who live off the planet’s seas. The Metkayina Clan was not seen in the first Avatar, but presumably they have the same level of natural connection to the oceans that the first film’s tribe had to the forest. And have a less accessible deposit of unobtanium under their home, keeping the original human colonists from targeting them.

Also in the photo is Jack Champion, playing Javier “Spider” Socorro, one of no doubt very few human children on Pandora. Born in the human colony’s main base, known as Hell’s Gate, Socorro is said to be more comfortable in the rain forests of Pandora than the concrete and asphalt of the base.

The focus on children matches with director James Cameron’s previous comments that the new films would be more a family struggle between Sully, Neytiti, and their children against the human invaders, apparently led by a familiar face.

The long-delayed sequel is currently expected on December 18th, 2020, with Avatar 3 planned for the following year.