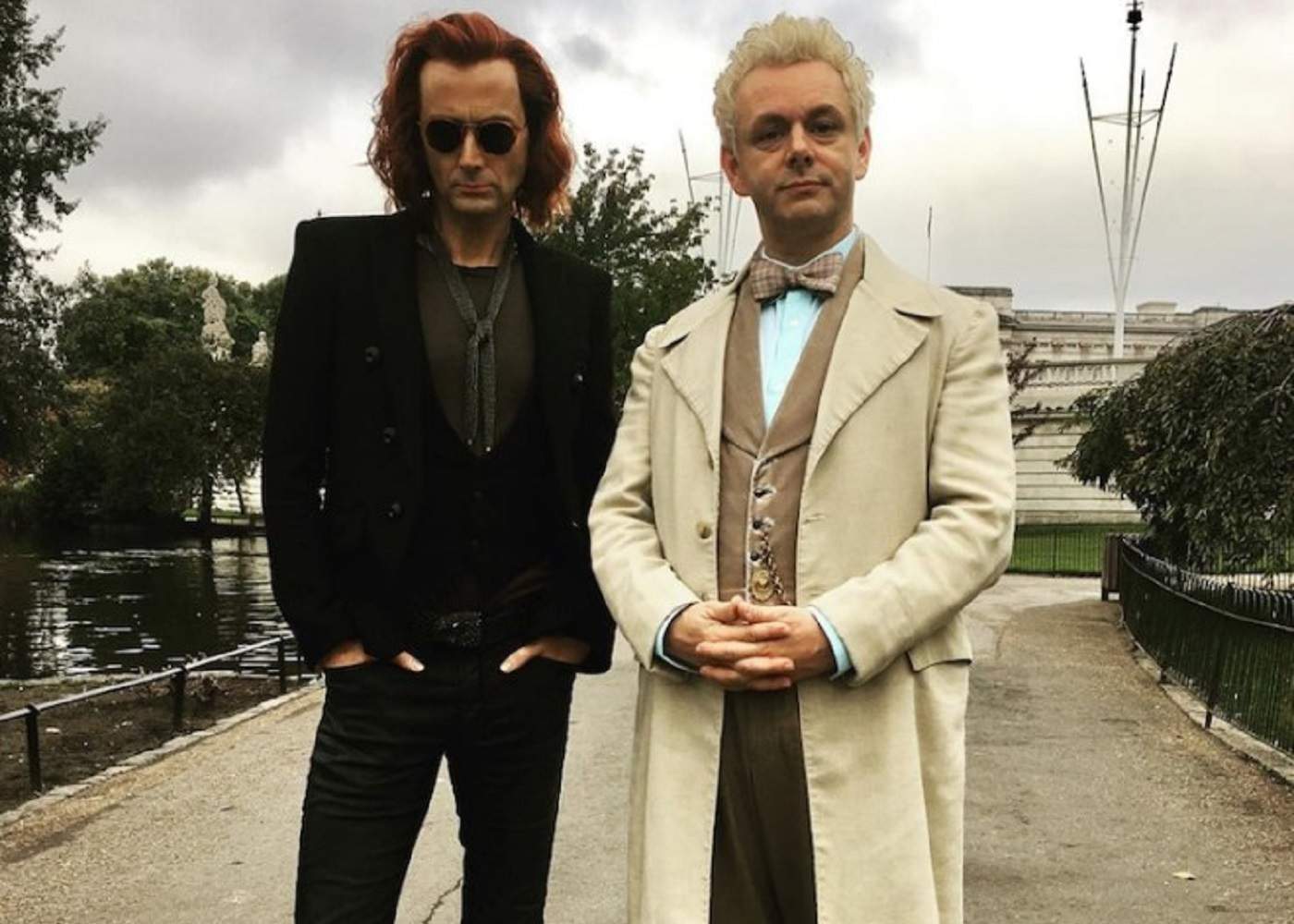 Good news for Good Omens fans: Neil Gaiman has tweeted out the first look at David Tennant and Michael Sheen as Crowley and Aziraphale, as the new series begins filming. Check out the lead duo:

They are amazing. This is them in the opening scenes, 11 years ago, in St James’s Park. David and Michael, demon & angel. #GoodOmens pic.twitter.com/ceK4XYY881

David Tennant, dressed in black with bright red hair, captures the swagger of the story’s rogue demon, described in the novel as “An Angel who did not so much Fall as Saunter Vaguely Downwards.” Whereas Michael Sheen is capturing the prim and somewhat awkward nature of Aziraphale, Crowley’s opposite number. The two have maintained a friendship ever since both played roles in the fall of Eden, an incident they felt was an overreaction.

The scene in question takes place eleven years before the main story, when Crowley and Aziraphale are tasked with delivering the Antichrist to the chosen family, so that he can kick off Armageddon when the time comes. The delivery doesn’t go entirely to plan, which works fine for the duo, as they’ve become attached to the Earth and don’t want to see it end.

Gaiman, who co-wrote the original novel with the late Terry Pratchett and serves as showrunner on the adaptation, also posted a celebratory shot for the first day of filming.

Pictured with the first slate are Gaiman and Rob Wilkins. Wilkins was Discworld creator and Good Omens co-writer Terry Pratchett’s secretary and personal assistant during the last years of his life, and is one of the leading figures in handling the author’s estate.

Other key cast members that have been announced are Adria Arjona as Anathema Device, witch and last heir of the witch who accurately foresaw the impeding apocalypse; Jack Whitehall as Newt Pulsifer, rookie witch hunter; Michael McKean as Newt’s superior Sargent Shadwell; and Miranda Richardson as Madame Tracy, medium and part-time courtesan.

Good Omens will air on Amazon Prime Video and the BBC in 2019.