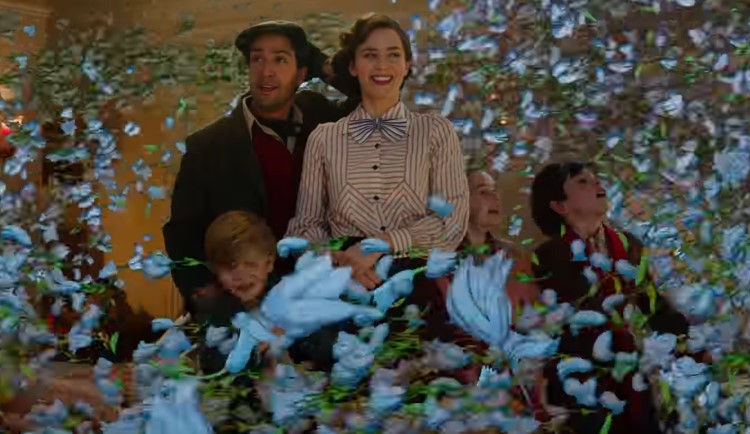 Disney may not be releasing a Star Wars movie for the holiday season, but they are setting up for a reboot of magical proportions with Mary Poppins Returns. A new full trailer for the movie has dropped, and the film looks just as magical as the original.

Emily Blunt perfectly captures the spirit of Julie Andrews’ performance in the sense that Mary Poppins is nice to kids, but she is also quite strict. We also have a Lin-Manuel Miranda playing the role of Jack, the spiritual successor of Dick Van Dyke’s Bert.

Interestingly enough, Miranda will actually get to do a bit of rapping in this movie, and he’s pretty much opening the film just like Van Dyke did. Director Rob Marshall tells ScreenRant:

“[Jack] is kind of an everyman, his character, and Lin understands that. The kind of character Dick Van Dyke played, which is the kind of character he’s playing, not a chimney sweep, but a lamplighter, but there are a lot of similarities. At the beginning of the film he’s rapping like he’s a one-man band, which just felt so right for him.”

Speaking of Van Dyke, he’s also in this movie in the role of Mr. Dawes Jr.; in the original, he played the part of Dawes Sr., the boss of Mr. Banks.

The film looks absolutely gorgeous. Besides the wonderful sets and colors, we’re also promised a scene with 2D animation—much like the original. Hopefully Returns has some more surprises up its sleeve though.