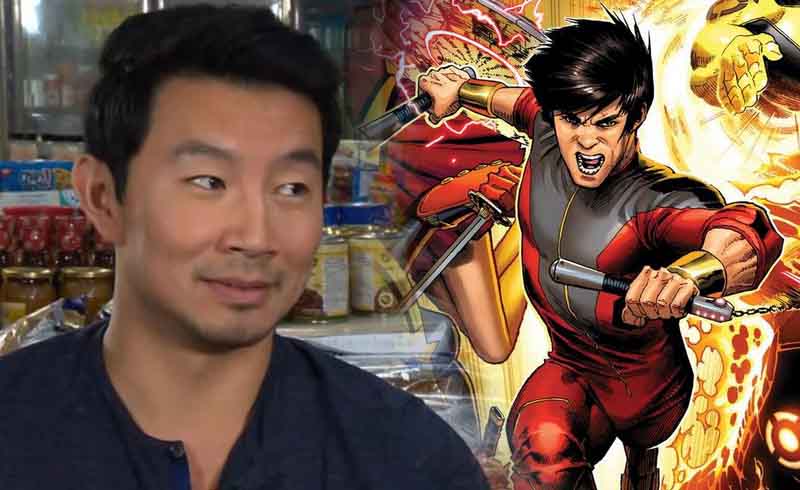 Would it not have been for the pandemic, Marvel’s Shang-Chi and the Legend of the Ten Rings would have already come out last month. Though we have no idea when Marvel is going to give us a first look at the film, a first look of star Simu Liu in costume has leaked online.

Oddly enough, the leak wasn’t a set photo, but rather a promo image of Liu that’s going to be on an incoming LEGO set.  Check it out:

The image also has images of characters Xialing, Wenwu (Tony Leung), and Death Dealer. There’s also a small creature in the set called Morris; we don’t know what it is exactly, but some suspect that it’s going to be some kind of animal companion for Shang-Chi.

Of course, there’s also the huge dragon on the box, which we don’t know the identity of yet. Some are guessing that this would be Fin Fang Foom, but others suggest it could just be a generic CGI monster for Shang-Chi to fight/overpower. Then again, with the Mandarin being a major Iron Man villain coming to this film, maybe they could do the same with FFF who is also frequently shown fighting Iron Man. Heck, even the dragon tattoos of Aldrich Killian in Iron Man 3 were said to be Fin Fang Foom.

We don’t know when Marvel is going to give us our first look at Shang-Chi yet, but with Black Widow, Eternals, and The Falcon and The Winter Soldier underway, we would probably have to wait a bit longer before we can get our first teaser. In the meantime, fans can catch Shang-Chi and the Legend of the Ten Rings when it comes out July 9.

For now, catch WandaVision on Disney+.