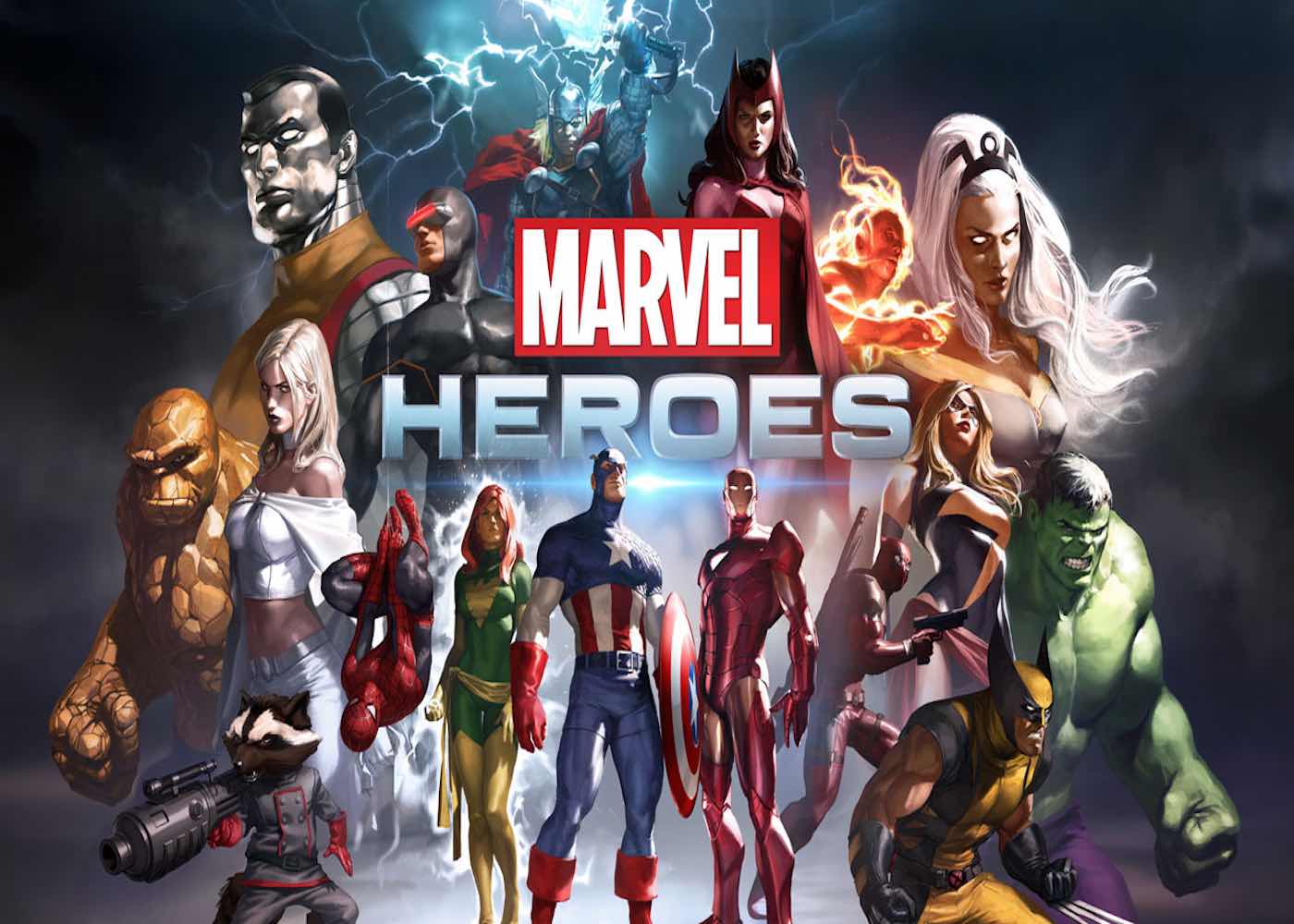 You may well have noticed that Marvel is pretty hot right now. Spearheaded by the ongoing success of the cinematic universe – with another hit in the form of Guardians of the Galaxy Vol. 2 – the world’s most popular array of superheroes has gone from strength to strength across multiple mediums over the past few years. Video games are no exception, with Insomniac’s upcoming Spider-Man getting plenty of fans hot under the collar, and Telltale getting off to a strong start with its Guardians of the Galaxy series. Of course the main audience for both of these titles is on console, and it’s these people that developer Gazillion are now targeting with a PlayStation 4 and Xbox One port of its hit PC action-RPG, Marvel Heroes.

Having debuted on Steam in 2013, Marvel Heroes has found huge success by merging tropes found across popular loot-driven games like Diablo III and MMOs like World of Warcraft, with fast and furious combat, dozens of story missions and side quests, and raid-style encounters to take on with groups of friends. Keen to tap into the vast history of Marvel, the game has assembled a huge cast of playable heroes and villains, from favourites like Iron Man and Thor, to lesser known cult icons such as Squirrel Girl. Gazillion has undoubtedly raked in some serious cash by selling players on new characters and costumes – of which there are hundreds – but it’s absolutely possible to barrel through the game’s story and enjoy plenty of endgame content without spending a penny.

This is an important point to make ahead of Marvel Heroes’ full release on PS4 and Xbox One (under the name Marvel Heroes Omega), with console players likely less familiar with free-to-play games than their PC counterparts. Of course the only way into the game’s beta on PS4 right now is to spend a decent amount of money on a Founder’s Pack, which will grant you between one and five characters and some other goodies depending on how much cash you spend. The cheapest way in right now is to buy the War Machine pack, which is £13.99 for PlayStation Plus members, while the Avengers and X-Men packs are a whopping £49.99 each. Deadpool, Spider-Man, and Guardians of the Galaxy all operate in what most will find to be a reasonably approachable middle ground.

The entire roster is free to power up to level 10, at which point they’re capped and you won’t have much luck using them to advance deeper into the story. Everyone will be granted one free hero to own – and therefore level up fully – at launch, with others available to buy with in-game currency or real cash. As you can imagine, someone like Nova will be relatively cheap, whereas Wolverine will cost a fair chunk of change, bub. There are plenty of other ways to spend money, too, including expanding your inventory. It may be free-to-play, but it’s perfectly possible to spend hundreds of pounds on Marvel Heroes Omega and PC players will likely be disappointed that everything they’ve bought, earned, and unlocked won’t carry over to the console version.

Any in-game currency spent during the beta on PS4 will be reimbursed when the game launches for real, which is expected to be pretty soon. That said, there are certainly things that Gazillion need to work on to get it ready for prime time. While Marvel Heroes Omega translates to console rather well in general, the menus can be monotonous to navigate. The layout of the inventory is especially archaic, making even the likes of The Witcher III: Wild Hunt and the original Mass Effect look elegant by comparison. Combat and movement emerges far better, with attacks and skills mapped to the four face buttons. Holding down L2 will switch to a secondary selection, so you have quick access to eight attacks and skills at a time. Having said that, it’s seriously unlikely you’ll have a need to use any of the others once you try Captain America’s shield bounce move, since it’s so great.

Gameplay runs at a good framerate for the most part, with any hitching seemingly caused by server problems, and while there are no specific enhancements for PS4 Pro owners, Gazillion has speculated that the console’s boost mode could aid performance in more taxing areas. The instances that demand most of the game’s engine are public events, where every player occupying a certain area is encouraged to make their way towards a shared objective, which is usually beating the crap out of a huge group of enemies or one notable supervillain.

Performance and server issues should be ironed out over the next few weeks, and hopefully Gazillion can follow Blizzard’s lead in better adapting a PC interface for use with a controller, but overall Marvel Heroes Omega is shaping up very nicely. The addition of local co-op could even turn out to be a stroke of genius that drags players away from the PC version in favour of some couch play with their siblings or significant other, and in that way could satisfy an audience left burned by the disappointing remasters of Marvel Ultimate Alliance and its sequel last year.

Whether ponying up for a Founder’s Pack to get in on it right now depends on how much of a devotee you are, but Marvel Heroes Omega is already making a case for being the strongest card in the PS4’s free-to-play deck. With four years of development on the PC under its belt, the base of the game is strong and there’s plenty of content, too. While so far falling just short of the standard set by Diablo III in terms of porting a popular and previously exclusive PC experience to console, Gazillion has done a solid job of ensuring that controlling The Avengers and the Guardians of the Galaxy with a gamepad works, and the addition of local co-op is a fantastic bonus.

Marvel Heroes Omega is expected to launch on PS4 and Xbox One in the very near future. Check back then for a full review.