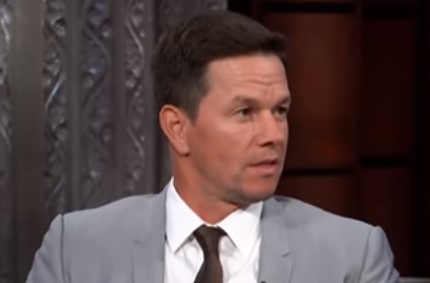 There is no doubt that Mark Wahlberg is one of the most versatile actors in Hollywood today. The actor, who started as a pop star in the 80s, has had roles in various features including big action summer blockbusters and heavy dramatic independent films. Yet again, Wahlberg is showcasing his acting chops in another off-beat genre.

Instant Family, the latest from the Boston native, is scheduled to premiere next week. Walhberg recently met up with Screen Rant in order to promote the movie. And according to him, working with seasoned director, Sean Anders, was a blast.

During the interview, Wahlberg gushed about getting to work with Anders again. Anders directed the actor in Daddy’s Home and Daddy’s Home 2 and like before the work environment is fun and collaborative:

“I love working with him. We had a blast on Daddy’s Home and Daddy’s Home 2. To be a part of Instant Family… Ya know, it’s not solely based on his life and experience, but it’s pretty close. And it’s based on other people that he’s met, in and around the foster care system and adoption. But I just love working with the guy. He continues to grow and evolve as a filmmaker. And he’s doing something different. I just made an action movie, so to be able to go and do a movie that’s really funny and emotional, and about something like this, was a nice change of pace.”

In a separate interview, Sean Anders spoke about where the idea for the movie came from. He didn’t have to look far especially since the movie was based on his life. It has been almost a decade since he fostered and eventually adopted his kids:

“Well, it’s going on seven years this March, so I’m a good ways into it but I still have a ways to go, and I probably started writing the script about three years ago, so it’s been sort of a work in progress for a little while. So yeah, I think when I started I was around three or three-and-a-half years into my process.”

The process of incorporating personal stories in a script has been both easy and hard for the director. There was a need to let everyone know, including their children, about what they were up to. Thankfully, they were receptive of the movie’s premise:

“The experiences in the movie are all either my own or they’re [the experiences of] families that I specifically met with to talk about the script and the movie, so everybody that I talked to whose lives became reflected in the movie, they all knew what we were doing, and everybody was very supportive of what we were trying to do with the movie. So everybody was pretty excited about it. And as far as my own kids, we’re very open with our kids about, you know, obviously what I do for a living, we talk very openly about our past and our history as a family, so to them it was almost kind of boring, like, who would want to see a movie about our boring family, y’know”

Instant Family is scheduled to premiere on November 16, 2018.