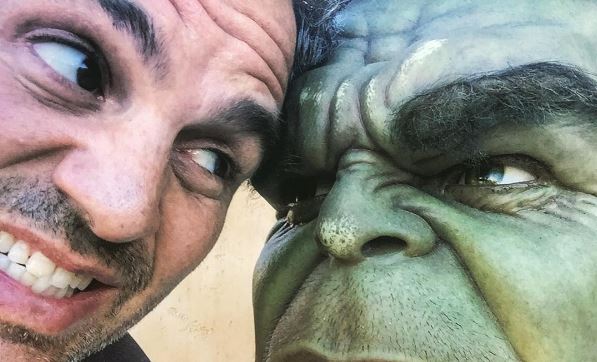 Fans have been excited to see the Not-So-Jolly Green Giant team up with the God of Thunder ever since it was announced that the Hulk was to appear in Thor: Ragnarok, following his jaunt off-world at the end of Avengers: Age of Ultron. Now we are getting one step closing to that as Mark Ruffalo has announced that he has completed filming his part for the movie.

Ruffalo revealed the news on Instagram (via ComicBookMovie). Curiously, he has only been on set for about a month, with filming taking place in Australia’s Gold Coast. It can be safely inferred, then, that Bruce Banner will be hulked out for most of the movie.

The actor celebrated his wrap by sharing a bunch of behind the scenes images from the shoot. The photos show Ruffalo posing with star Chris Hemsworth, director Taika Waititi and, you know, the other guy. Have a look at them below.

#Thor3 On set behind the scenes. @chrishemsworth

Waititi and “Ruffles” on the set of #Thor3 last day. Had such a great good fun time making this movie. Thanks @taikawaititi @chrishemsworth , @tessamaethompson @marvel for the love and the laughs.