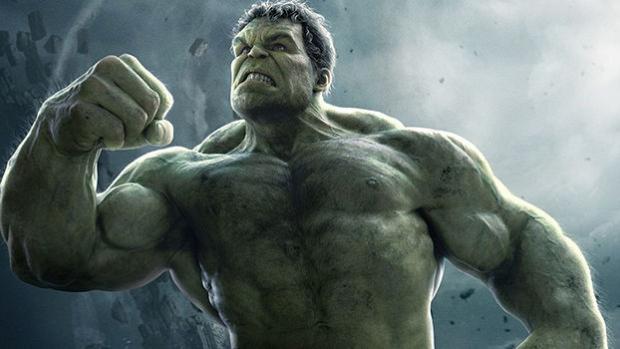 Mark Ruffalo’s take on the Jade Giant has been universally praised since he first donned the character’s purple shorts in The Avengers. He’s also one of the more underused characters in the Marvel Cinematic Universe, so the news that we’ll apparently see more from Bruce Banner’s other half than ever before in next year’s Thor: Ragnarok is definitely a good thing.

Speaking to ET at the press junket for his latest film Now You See Me 2, Ruffalo revealed a little about the weird mash-up genre of the movie and Hulk’s bigger role in the film. Here’s what he had to say:

“It’s an intergalactic buddy road movie with Banner and Thor. I think it will be smashing. You’ll see a lot more Hulk. The Hulk gets Hulk-ier. The Hulk Hulks out. Hulk-ier and bigger.”

The actor also teased Cate Blanchett’s part in the film, previously confirmed to be Hela, the goddess of the underworld. “She plays the worst of the worst. So evil,” Ruffalo said. “She is going to kill us. It’s such a great part she gets to play.”

Wait, did Ruffalo just drop a major spoiler there — that Hela is going to kill Hulk and Thor — or was that just a figure of speech? Probably the latter, but you can never be too sure…

This comes hot on the heels of the recent news that Jeff Goldblum and Karl Urban would be joining Cate Blanchett as new additions to the cast for Thor: Ragnarok. With all these fine actors running around Asgard, the movie looks set to have the best cast of a Marvel movie since, well, this year’s Doctor Strange.

Thor: Ragnarok will be directed by Taika Waititi. Alongside Blanchett, Goldblum and Urban, it will feature Chris Hemsworth, Idris Elba, Anthony Hopkins and Tom Hiddleston reprising their regular roles. Plus, Tessa Thompson is joining the cast as Valkyrie. It will arrive on Midgard on November 3, 2017.