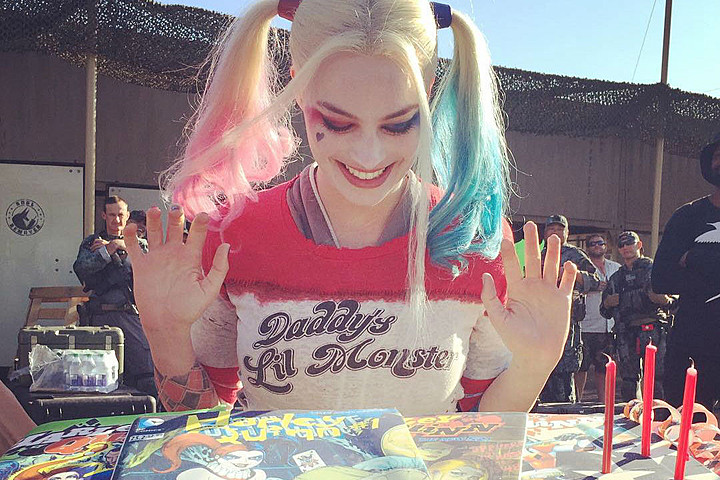 It’s no wonder Margot Robbie is confident her character is the best in the film. In every trailer Harley’s stolen the show, which is nothing to scoff at considering how universally well received the trailers, and the other characters in them, have been. During an interview for the cover of the Australian magazine Oyster, the actress spoke of her excitement for the role.

Robbie didn’t have to audition for the part of Harley Quinn, David Ayer sent her the script and asked her to get involved. When she read it, “for the first time,” she said, “I thought that I had the best character in the movie. I wouldn’t trade my character in Suicide Squad for anyone else’s.”

She’s been championing the character just as much as fans have for the last several months, but her passion doesn’t stop there. Robbie added that she’s been investing time in reading the comics, as well. It seems her love of Quinn has gone beyond just Suicide Squad, and it cements her comments on the desire she has to continue with the role for years to come.

“The comics are rad. I hadn’t read any growing up, but now I’m obsessed. I read them in my own time. We went to Comic-Con this year and I didn’t get to be in and amongst it because we were shooting, but the energy is insane. People are nuts. I could go as Harley Quinn in the actual costume from the movie, and somebody there would have a better one.”

Margot’s enthusiasm has spread through the fanbase as well, and with the hints and teases we’ve been getting, such as the photo of Harley on the receiving end of Joker’s rage and her jester costume being spotted in a trailer, it shows no sign of stopping. Suicide Squad lands in theaters on August 5.