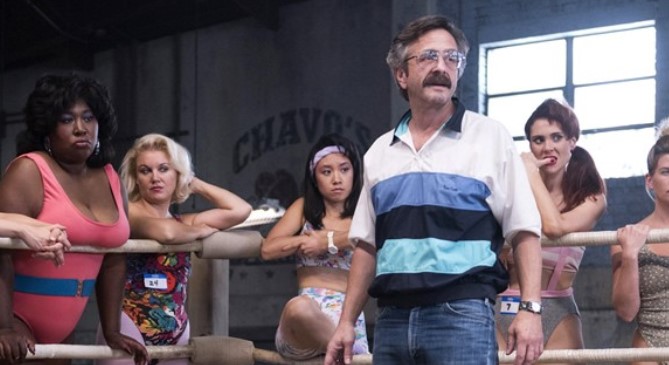 Fans were shocked when Netflix decided to pull the plug on the last season of GLOW, and a lot of fans went online to express their disappointment with the streaming service. What’s interesting is, GLOW star Marc Maron has an idea on how Netflix can salvage the final season.

In a video he posted, Maron pitches the idea to have the final season be converted into a movie instead. Check it out:

“I think what they should do is like… let us make a movie. Right? I mean, let’s wrap it up in a 2-hour Netflix movie. They have the whole season laid out. We know sort of where it’s gonna go. Why don’t you give the showrunners, and the writers, and the cast an opportunity to finish this story in a movie?”

Admittedly Maron does make a lot of good points. The scripts have already been finished for the final season, so there is already a plan on where the story is going to go. Surely the writers can salvage a film out of that, and from that point, they can just shot a 2-hour movie which will probably save the studio a lot more money.

Admittedly, we don’t know what the inner workings of Netflix are, but they seem to have a mentality where shows are not allowed to have one bad season. One bad season, and it’s straight to getting cancelled; it happened with GLOW, Tuca & Bertie, and F is for Family.

Personally, I love GLOW and it’s one of the best shows on Netflix. It may not be Stranger Things popular, but there are a lot of very powerful feminist messages, and the acting is just topnotch. If Netflix doesn’t go for a movie, I’m hoping some other network will pick it up—maybe Amazon or HBO Max.

For now, you can catch the three seasons of GLOW on Netflix.