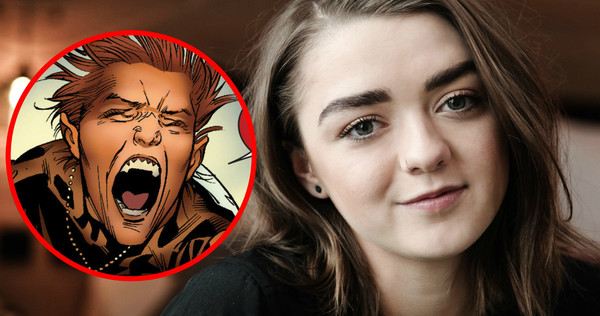 After Deadpool‘s success, Fox is moving forward with another X-Men spin-off that has been on the cards for a while – the teen-orientated New Mutants. Right now, the only official announcement that has been made is that The Fault in Our Stars’ Josh Boone will write and direct the movie. Rumour has it, however, that Maisie Williams will be among the ensemble cast of young actors. It turns out that this rumour could become a reality.

Entertainment Weekly asked the actress about the movie, and she responded pretty positively. Here’s what she had to say:

“I can’t say much about it at all, but I would absolutely love to be a part of it, [and] to be a part of the Marvel family. New Mutants looks absolutely incredible and I’ve always loved the idea of spin-offs and Joshua Boone is incredibly talented. So, yeah, sign me up.”

By the sounds of it, Williams has most likely been in talks with Fox and seems pretty keen on taking the role. Unless things take an unforeseen turn, expect a proper announcement of her casting further down the line.

It is thought that Williams would play the werewolf-like Rahne Sinclair, also known as Wolfsbane. As EW also reminds us, there is a fun link between Wolfsbane and Williams’ most famous character – Arya Stark in Game of Thrones. In GoT‘s first season, Arya was once called “wolf girl,” after the Starks’ direwolf symbol.

The initial casting report – which Fox has denied is true – also stated that The Witch’s Anya Taylor-Joy will play Magik, while James MacAvoy and Alexandra Shipp will reprise their X-Men: Apocalypse roles as Professor X and Storm, respectively.