The end of Avengers: Infinity War was made to hype up the arrival of Captain Marvel, but so far, we haven’t been getting teasers or official images from the movie. Interestingly enough, the cover of Mundos dos Super-Herois might have just given us the final look of Captain Marvel’s costume. 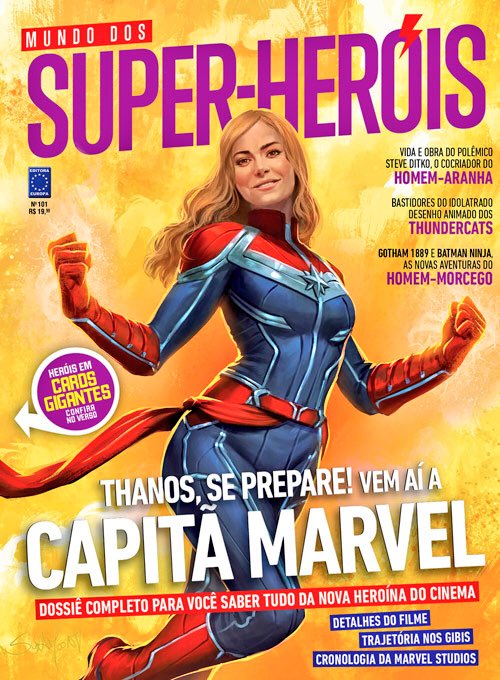 It’s worth noting that while Marvel hasn’t released any official photos of Brie Larson in costume, we’ve seen some set photos of Carol Danvers wearing what looks to be a Kree flightsuit. The basic outline for the Captain Marvel costume is all there, but instead of the classic red and blue, all we’ve seen is green.

Hopefully Marvel has an interesting spin on how Captain Marvel ends up with her classic costume. Though I love Henry Cavill’s look for Superman, I wish they came up with a logical reason on why his supersuit ended up with those colors from Man of Steel. Not even Jor-El’s clothes were colored that way.

Luckily enough, we should expect our first look for Captain Marvel to arrive before the year ends. Shortly after that, we’re also promised that we’ll get the official title for Avengers 4.