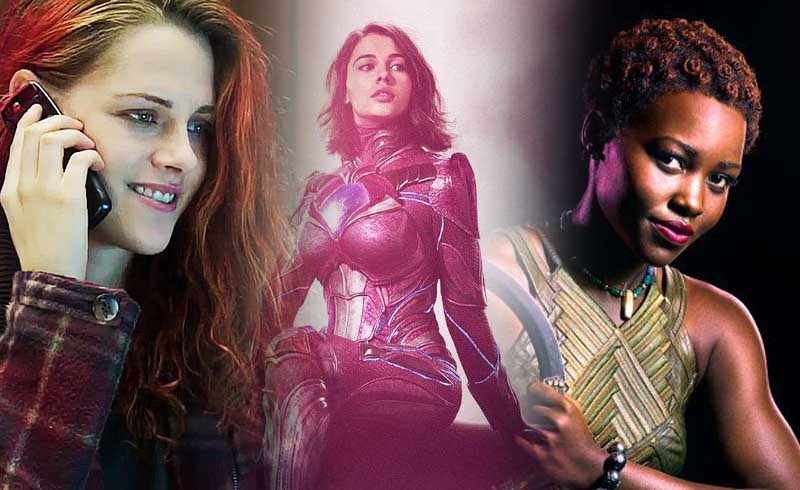 Elizabeth Banks continues to represent more women in Hollywood as she is currently set to direct yet another reboot of the ‘70s TV series, Charlie’s Angels. Now Banks has assembled her three leads for the film, and you may notice some familiar faces in the Charlie’s Angels reboot.

According to Fuse, Charlie’s new angels will be Naomi Scott (Power Rangers), Lupita Nyong’o (Black Panther), and Kristen Stewart (Twilight).So far we know that Nyong’o and Scott could handle themselves when it comes to kicking ass onscreen, but I haven’t really pegged Stewart to be the action movie type.

My guess is that each angel is going to have their own special skill, and it’s likely that Stewart will be the ‘brains’ of the group. But who knows, I could be wrong,

Though some people may look back at disdain with the 2000 film, I actually remember enjoying Charlie’s Angels very much. Granted, I think there will be a lot of SJW backlash with how the girls are being hyper-sexualized, I thought the action was pretty solid, and the jokes were pretty fun. I also thought the chemistry between the three leads was great—granted it has been a while since I’ve seen the film.

The Charlie’s Angels reboot is slated for a release on June 7, 2019.