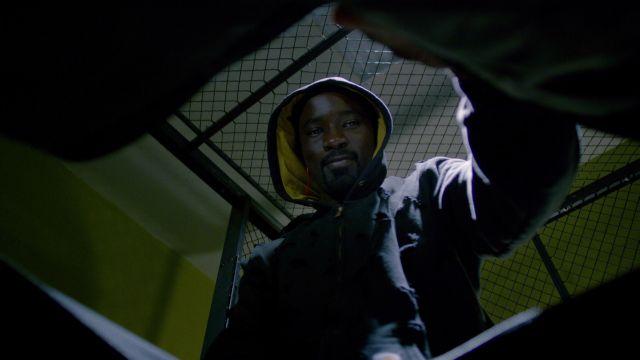 Marvel‘s latest Netflix series Luke Cage arrives this week and, ahead of its release, one last trailer has been unveiled to make sure we’re all excited. It’s fair to say it does its job. Watch it below:

The trailer gives us our best look yet at the show, and we can now start to piece together the plot. Clearly, after the traumatic events of Jessica Jones, Luke just wants a quiet life working in a barber’s shop. However, when thugs shoot the place up he is forced to use his powers to bring down the two figures corrupting Harlem – mob boss Cornell “Cottonmouth” Stokes and his cousin, power-hungry politician Mariah Dillard (Alfre Woodard).

Speaking of those two, the pair look set to join Daredevil‘s Wilson Fisk and Jessica Jones’ Kilgrave as high-quality villains produced by Marvel‘s TV division. We get a great look at Mahershala Ali’s Cottonmouth, in particular. One minute he’s calm and collected, the next he’s throwing someone off a rooftop. Clearly, Luke is going to have his work cut out bringing down this unpredictable character.

“After a sabotaged experiment leaves him with super strength and unbreakable skin, Luke Cage becomes a fugitive trying to rebuild his life in modern day Harlem, New York City. But he is soon pulled out of the shadows and must fight a battle for the heart of his city – forcing him to confront a past he had tried to bury.”

Luke Cage stars Mike Colter as the titular man with unbreakable skin. The supporting cast include Simone Missick as cop Misty Knight and Theo Rossi as hench-thug Shades. Rosario Dawson is also reprising her role of Claire Temple from both Daredevil and Jessica Jones. It arrives on Netflix on September 30th.