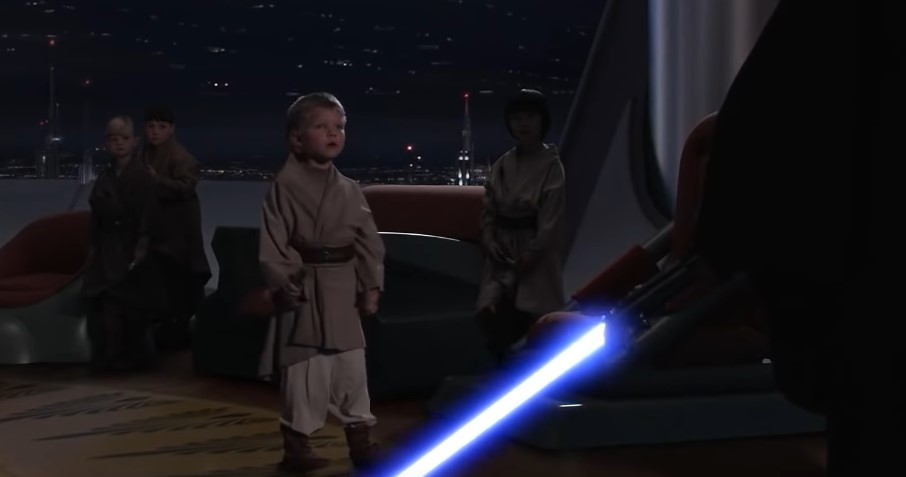 Though he may have disappeared from the public eye for a while, Anakin Skywalker actor Hayden Christensen is now making appearances at cons again. Just recently he showed up at the London Comic-Con, and he was reunited with his Revenge of the Sith co-star Ross Beadman.

At London Film Comic Con, Hayden Christensen was re-united with Ross Beadman, the actor that played the Jedi youngling in the Council Chamber. from StarWars

If you’re wondering who Beadman was, he’s the kid who played the Jedi youngling that asks Christensen’s Anakin what to do during the attack on the Jedi Temple. Here’s the scene to help jog your memory:

With Palpatine set to make a return in Star Wars: The Rise of Skywalker, a lot of people are curious if Hayden Christensen will ever reprise the role of Anakin as a Force Ghost. We know that this concept was tossed around for The Force Awakens, but it didn’t really push through.

I would just love it if Kylo Ren got to face Anakin (even through a Force vision), seeing as Darth Vader is one of the main reasons he turned to the Dark.

We don’t know when the next trailer for The Rise of Skywalker is going to appear, but everyone is hoping that we finally get something at the D23 Expo this August. Besides TROS, everyone also wants a look-see at Jon Favreau’s Disney+ Star Wars show, The Mandalorian.

Catch Star Wars: The Rise of Skywalker when it hits theaters Dec. 20. Disney+ launches with The Mandalorian on Nov. 12.