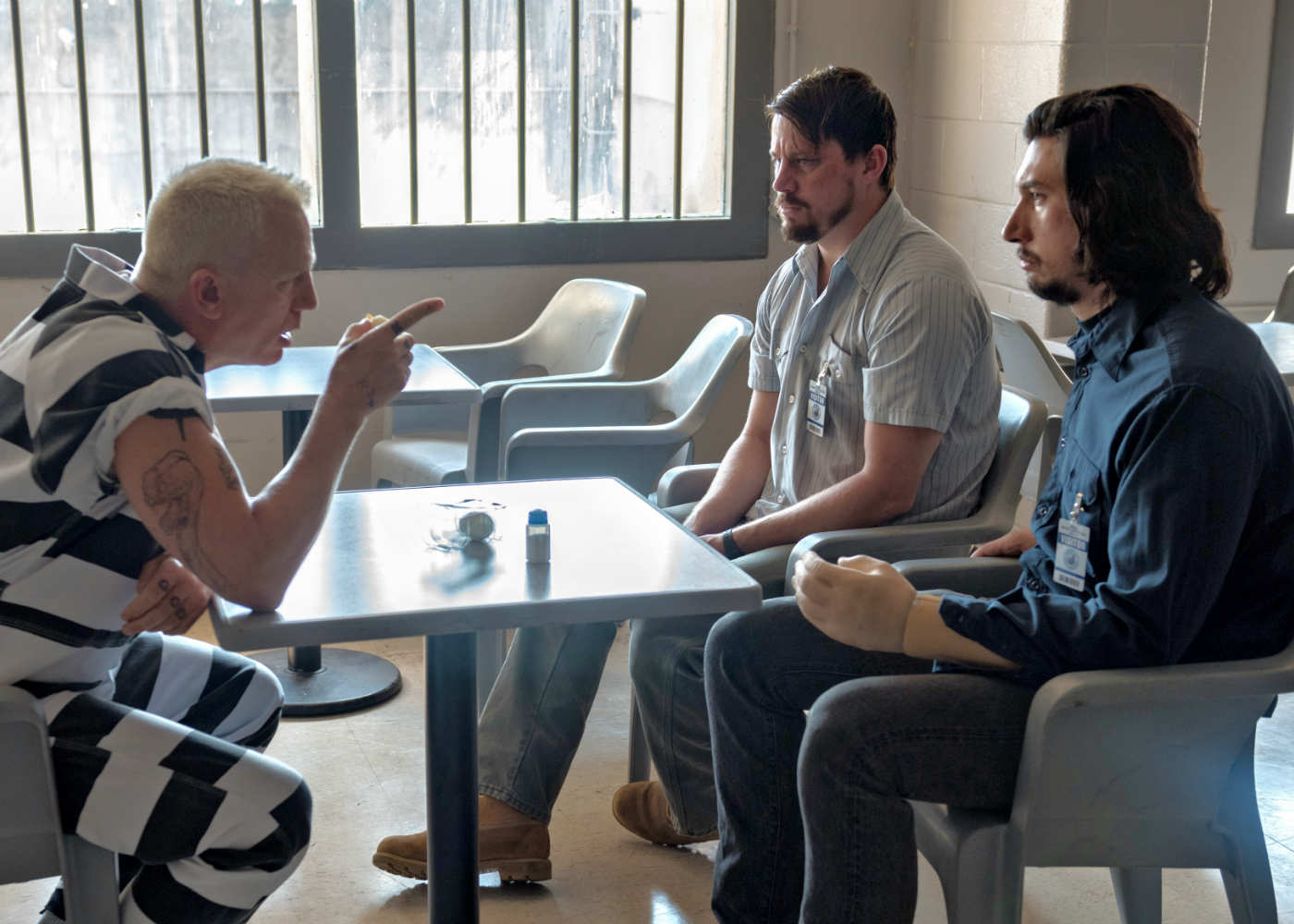 The return of Sex, Lies, and Videotape director Steven Soderbergh from his self-imposed retirement was inevitable. Having stepped into the world of long-form television with The Knick, he was drawn back to the director’s chair by this tale of deep-South doofuses and a heist gone wrong. Having orchestrated the blockbuster criminal shenanigans of three Ocean’s films, surely such familiar fare would ensure that Logan Lucky would be nothing less than a resounding return to form?

A kind of inverted Ocean’s flick, Logan Lucky takes place in a world of have nots. These characters steal because they have to, not just because it’s something to do, immediately raising the stakes above the perfectly coiffured hair and tuxedos of Clooney and Co.

We’re in Boone County, West Virginia, where war veteran and divorcee, Jimmy Logan (Channing Tatum) loses his job at the Motor Speedway track because of his military injuries. His brother, Clyde (Adam Driver), subscribes to the theory that the family are cursed, himself being the proud owner of a prosthetic arm and a bundle of pessimism. Sick of being put upon by life, the brothers enlist the help of their sister Mellie (Riley Keough), and “in-car-cer-ated” explosives expert, Joe Bang (Daniel Craig), to set in motion an elaborate plot to retaliate and rob the Speedway.

Plain and simple, Logan Lucky is unashamed, goofy fun, the kind of which should be more commonplace on our LED multiplex menu boards.

First and foremost it’s the characters which make this a worthwhile exercise in mapped out ridiculousness. They’re not necessarily real or relatable, but they’re a heck of a lot of fun to spend time with. Tatum excels when playing the vulnerable nobody, the antithesis of the action hero that he’s struggled, or been forced to morph into during a run of underwhelming vehicles (Jupiter Ascending, White House Down, The Eagle), but tap into that funny bone and he’s a terrifically grounded human presence.

Adam Driver plays Clyde like the word dour needs new meaning, allowing for some brilliant deadpan work amongst the more heightened characters. Rounding out the siblings is Keough, all high hemmed dress sense and smart mouthed sass; if it wasn’t for the next actor up for assessment then she’d be the one labelled scene-stealer.

That honour belongs to Daniel Craig and his delicious Southern drawl; in a film full of great lines and colourful personalities, an actor who looks perennially bored no matter the role, is suddenly injected with a hitherto unseen onscreen charisma. There are a rolodex worth of brief roles from the likes of Hilary Swank Katie Holmes, Sebastian Stan, and even Seth McFarlane as a Brit-accented energy drinks promoter, giving Don Cheadle a run-for-his-money in the Soderbergh wonky dialect department, but in a movie that rattles along at a pace from start to finish, it’s Craig’s appearances which pep up Logan Lucky.

The entire caper hardly feels a stretch for Soderbergh, but the ease with which he operates in this genre only helps to make the film a fluid exercise in pieces slotting perfectly into place. It’s not as though there are multiple twists and turns, just a pleasing momentum that builds towards a wholly satisfying jigsaw puzzle finale, one during which a beauty pageant rendition of John Denver adds some emotional heft that you weren’t quite expecting. Once again, that’s down the brilliant acting, which ensures that despite this ensemble including some unique characters, they’re never caricatures.

Amongst the litany of memorable scenes, the final shot is a real doozy, then there’s a hilarious prison riot Game of Thrones joke, and the heist itself is full of gummy bear giggles and throwaway gags that almost always hit the mark.

Logan Lucky has the smarts its titular brothers lack, and a lot of its big-screen competitors couldn’t even dream of. Ignore its stateside failure, you’d be lucky to find a better time at the cinema.