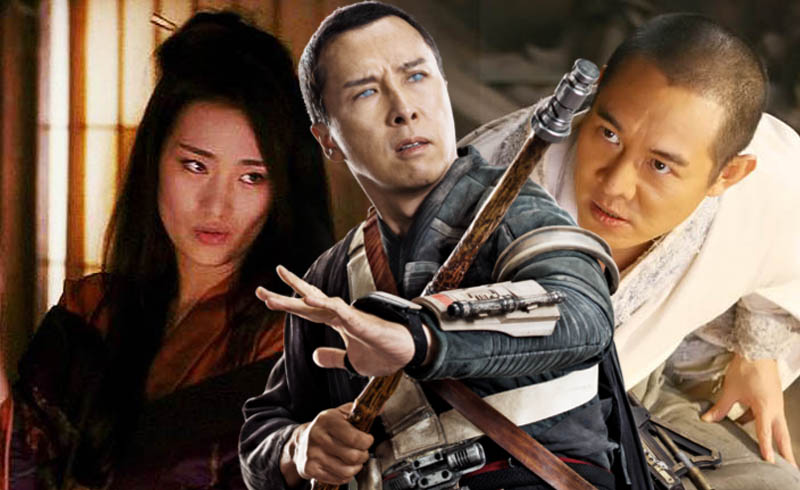 Disney may have pushed back the release date of Mulan, but it looks like the movie is going full speed with pre-production. News has it that the film has just cast three major actors, and they will be in the form of Gong Li (Memoirs of a Geisha), Donnie Yen (Rogue One), and Jet Li.

According to The Hollywood Reporter, Mulan will be forgoing the original movie’s villain Shan Yu in favor of a new witch character played by Gong Li. If you’ve seen her Hatsumomo in Memoirs of a Geisha, you’ll know that Li can play one elegant villain of a woman. Then again, I can imagine a lot of people already groaning at the choice of a different villain. After all, wasn’t the entire point of Mulan the fact that she was a woman who could best a burly and strong man?

As for Jet Li, he’s said to be taking the role of the emperor of China while Donnie Yen will be playing a Commander Tung, who is said to be Mulan’s mentor in the film. We know that the emperor existed in the original film as an older man, but Tung will be created specifically for the film. I wonder if he’ll be a replacement to Eddie Murphy’s jive-talking dragon Mushu.

It’s also worth noting that the movie will also add a new character in the form of Mulan’s sister, and she’ll be played by Chinese-Vietnamese actress Xana Tang. Tang will be acting alongside Liu Yifei who has been cast as Mulan months before.

Mulan will be directed by Niki Caro and is aiming for a release on March 27, 2020.