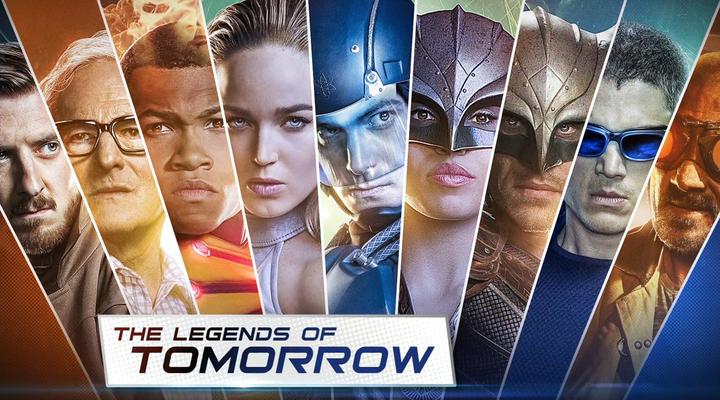 In a move that will likely surprise no one who’s seen the show’s Season 1 conclusion, Hawkgirl/Kendra actress Ciara Renée has departed as series regular. The reason behind the decision? Her character’s arc had a definitive end, with no where else for it to go in Season 2. After the team aboard the Waverider successfully defeated Hawkman and Hawkgirl’s 4,000 year old nemesis, Vandal Savage, the two characters informed their colleagues they were setting off to start their lives anew… without having to be resurrected this time.

This marks the show’s second time losing a series regular, as Leonard Snart/Captain Cold actor Wentworth Miller recently departed as well. However, his exit is a far more cheerful one, as it means he’ll be a recurring regular on both Legends and The Flash next season.

According to Deadline, series co-creator and executive producer Marc Guggenheim stated he and the writing team weren’t sure of the future the Hawks would have on the show past the first season, until plans for the sophomore season were kickstarted.

“We went through the team, made a list of all the characters and started to think of stories for them. When we got to Hawkman and Hawkgirl, we had trouble coming up with stories. The bow was tied so tightly and neatly with their story in the finale, that everything we thought of felt very forced. After 4000 years, they were no longer under the specter of Vandal, and we felt they need some time off. Bringing them back to the team as soon as the the beginning of Season 2 felt premature.”

The plan was to always switch out characters for Legends.

“The composition of the team is going to change; there will be some new faces on the Waverider,” he continued. “The season finale planted some very significant flags in terms of what the new concept of the show will be in Season 2.”

While that explains the two new cast members, a male and a female coming on as series regulars for Season 2, the changes won’t only be reflected in the make up of the crew.

“We always wanted Legends to be distinct season to season, not only in terms of the composition of the team but also in terms of mission statements. The team’s mission statement for Season 2 is more compelling than Season 1, and at the same time, it is more streamlined,” Guggenheim revealed. “It’s a little bit higher concept, a very clean notion that will allow the show to do things that it does best.”

Those things he spoke of, made the finale perhaps the best episode of the season. Everyone shined, everyone had their moment — both personal and bombastic in showing off their incredible powers and stunning badassery. But the biggest reveal was in the final few moments, which have been teased for months. Hourman came in on his own Waverider and introduced the Arrowverse to the Justice Society of America. If more of that is to be expected going forward, then perhaps someone has a spare timeship they wouldn’t mind letting us borrow, solely for the purposes of having the next season’s premiere arrive a bit sooner.