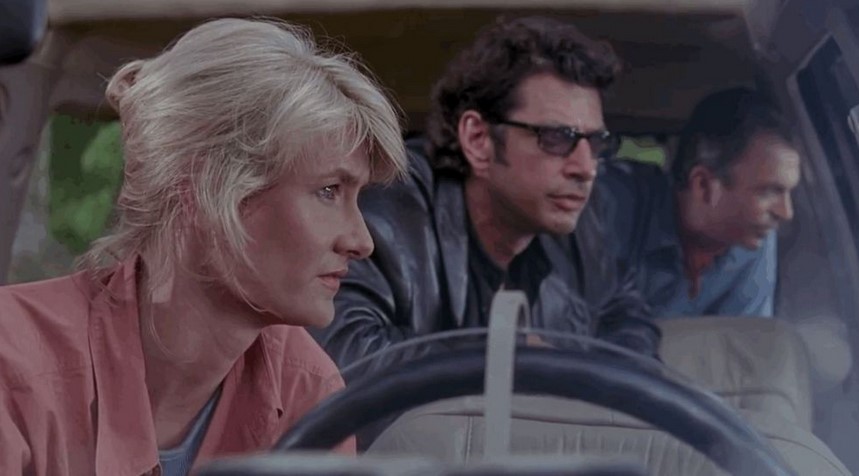 Jurassic World: Fallen Kingdom had featured the appearance of Jeff Goldblum’s Dr. Ian Malcolm, but his role was ultimately limited rather than a substantial part of the film. What’s interesting is, Malcolm will be back for the third film, and he’ll be joined by some familiar faces from the original Jurassic Park.

According to Deadline, Jurassic World 3 will be bringing back not only Dr. Ian Malcolm, but Dr. Alan Grant (Sam Neill) and Dr. Ellie Sattler (Laura Dern) as well. No details have been revealed about their involvement, but it’s likely they will have a more substantial role compared to Malcolm’s on Fallen Kingdom. The three will be joining a cast that is headlined by Chris Pratt and Bryce Dallas Howard.

Despite the negative reviews for Fallen Kingdom, I thought that the movie actually ended in an interesting note, with the dinosaurs escaping the park and roaming the Earth. It adds a completely new meaning to Jurassic World, and it allows the filmmakers the opportunity to give us something we’ve never seen before.

While we have no story yet for Jurassic World 3, the short Battle at Big Rock by Colin Trevorrow kind of gives us an overview of how the world has survived with the dinosaurs set free. The short hints that the world has somehow gone post-apocalyptic with families camping out to survive, but then again, there are also shots of what looks to be people just going about their daily lives with dinosaurs moving around.

Hopefully Trevorrow can end this trilogy the way he wants. Too bad you can’t say the same thing about his Star Wars movie.