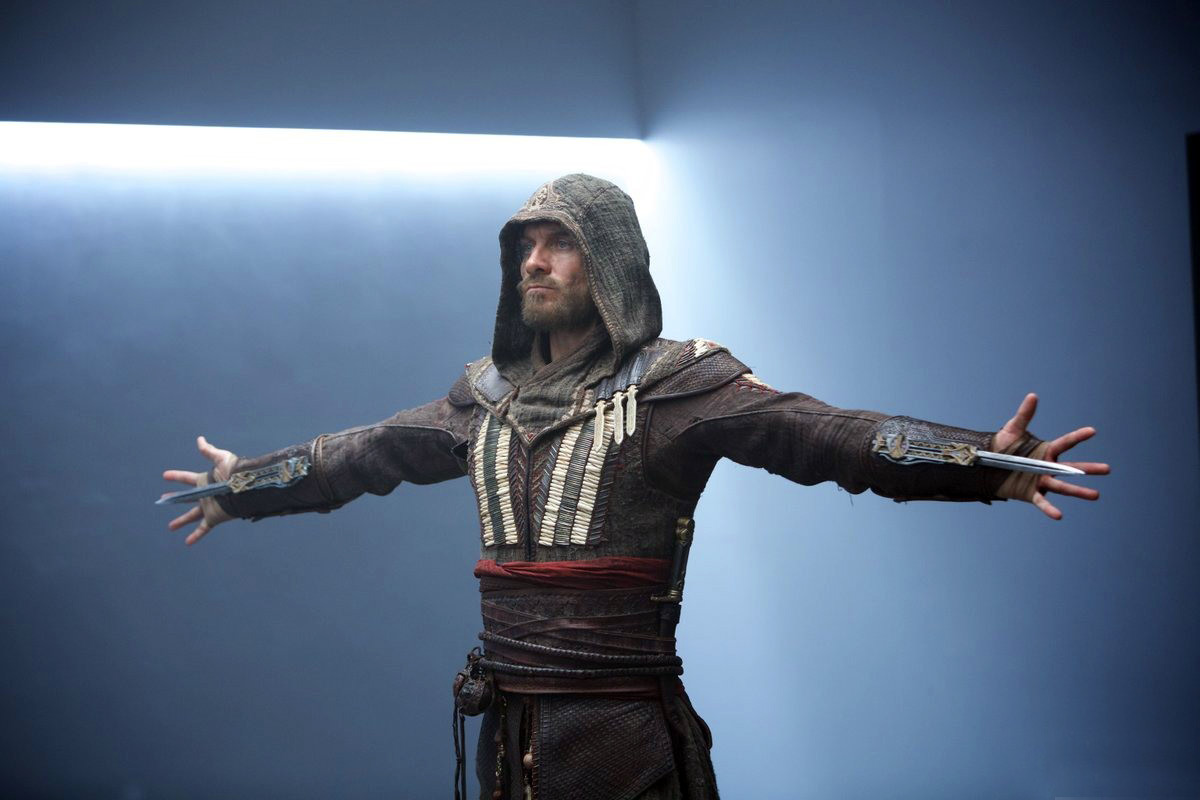 20th Century Fox dropped another trailer for the upcoming Assassin’s Creed film. The lengthy new look shows off more of Michael Fassbender’s present-day character, Callum Lynch, while teasing Abstergo’s seedier side. After a first pass through the trailer, all looks pretty good. The intensity of the series seems to be on full display. However, another glance reveals something a bit troubling.

When the film was first announced, gamers, especially AC fans, paused in trepidation. The director and the lead weren’t familiar with the games prior to being brought aboard. Is the industry asking for another failed film adaptation the core won’t stand behind? It seems that question was answered when an Ubisoft boss stated the studio’s main concern with the film was gaining a new audience to sell games. Of course, said statement was immediately reneged. Quality comes first, revenue is a distant second… yeah, sure. But now we have to question which audience this film is for. Gamers, general audiences, or a fine mixture of the two? Logically speaking, the latter must be the answer. So then, how do you sell general audiences on the crazy premise of Assassin’s Creed and make it function with a two hour runtime? Apparently, you don’t. At least not on a cursory level.

What this trailer offers is an extensive look at present-day scenes. To back up the heaviness, a few well placed actions shots are spattered throughout featuring the Spanish Inquisition. Fassbender’s Spanish Assassin, Aguilar, and companion Maria get the best scenes, despite their being too few of them. Will this be the case for the full film, as well? I certainly hope not.

My first introduction to the series was in the fall of 2010, leading up to the release of Assassin’s Creed: Brotherhood. I remember sitting in my living room, watching TV, and seeing a hooded man talking to the one and only Leonardo da Vinci near the Renaissance Man’s famous Flying Machine. As a history buff, I was blown away, as a da Vinci admirer, I was immediately on board. I spent a weekend watching AC1’s cutscenes on YouTube — I’d been told the first game was boring. By the next week, I was coming home between classes just to play upwards of 90 minutes of AC2. Thanksgiving Break saw me enamored with Brotherhood, and its annoying Borgia Towers. There began my love affair with the series.

Revelations concluded Ezio’s story, and introduced the extended present-day sequences fans unanimously dislike. Desmond was great, in the first two games, and some of the modern scenes in latter titles are pretty cool. However, that’s not why Assassin’s Creed works. It isn’t what makes the series special. The games are essentially period pieces, which often work to inform players of historical events in an unprecedented manner — the icing on the cake being the Assassin bit, of course.

Paul Revere didn’t make that ride in April 1775 shouting “the British are coming!” He’d been abducted halfway through his trek… thank you, Assassin’s Creed. The best part of this glorious revelation? I was there — we were there. AC3 is notoriously considered the least favorable game in the series. But who cares? We were able to participate in the Battle of Bunker Hill. It unfortunately seems the film adaptation will be missing similar pivotal moments, courtesy of its apparent focus on present-day happenings.

However, the movie wouldn’t be the first time the focus has been skewed. The games are sometimes guilty of forgetting they’re Assassin’s Creed titles first and foremost. Assassin’s Creed 4: Black Flag was polarizing for this very reason. Though its pitfalls had little to do with present-day, few will forget AC4 being a 6/10, while Black Flag (same game, mind you) was a 9/10. Unity made strides to return the series to its prime, failing in part due to inexcusable glitches. Syndicate greatly improved upon the formula and even gave the so-called “stealth series” its very own dedicated crouch button. But as far as sales were concerned, it was too little too late. Thus we’re at the point where the series is taking a break for a year, maybe two. Filling out the gap is the film and the Ezio Trilogy earning a new-gen remastered collection.

Could the film provide an adequate substitute this holiday season for those in need of an AC fix? For now, it seems doubtful. It’s easy to set aside the Animus being greatly altered to adapt the franchise for the big screen. It’s also easy (not really) to forgive there reportedly being no hay bales. But how will fans respond if the movie’s present-day to period-focused content ratio is extraordinarily uneven in favor of the modern tale? The bigger question is how will the general audience respond? Can an Assassin’s Creed movie work if the period piece aspect is secondary? It may be unlikely, especially since the modern-day story concerning the series, even in its finer moments, is a bit stale. Sure, Abstergo is an intriguing and formidable force, but the Templar organization is best when it’s a shadowy corporation behind the scenes.

Perhaps the movie will change that, though. Maybe the film medium allows the Abstergo storyline to be fully explored in a manner the nature of the games are unable to. Even if that is the case, it would still be awesome to see the historical facet get much of the attention. Besides, how often do we get to see 15th century organized Spanish Assassins on the big screen? Depending on how much is shown come December 21, maybe not as often as we’d like.