Skip to content
Home » Lasting Effects of Flashpoint to Continue Past ‘Invasion!’ 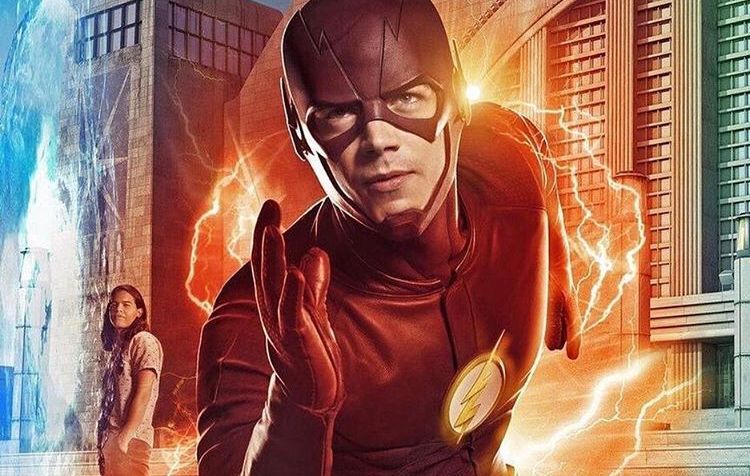 The following contains spoilers for Flashpoint and the crossover episodes, thus far.

A ton of bombs were dropped during The Flash’s episode of the Invasion! crossover. Jax and Stein bring home news of Barry’s mysterious message to Rip Hunter, and Cisco forces Barry to spill the beans. Now the rest of the Arrowverse characters are in the know, Diggle being the most impacted on Team Arrow. Just like in crossovers past, it’s fun to see a story arc from one show hit its climax on another. Of course, this works to further inform the shared universe, but it also makes for awesome TV. Once Invasion! ends, though, we’ll be left pondering the lasting ramifications. At a press screening of the 4-night event, EP Marc Guggenheim explained the following (via IGN).

“[In the Arrow] midseason finale, there’s a fair amount of discussion about Flashpoint, given the fact that, essentially the crossover outed Flashpoint to the Arrow characters who weren’t Felicity, and they deal with — I think in some humorous ways, actually — deal with some of the ramifications. For example, I think Curtis is concerned that maybe he was straight originally, as one example,” Guggenheim revealed.

Yes, Barry’s time-altering decision will remain a topic of discussion throughout the rest of the crossovers. Whether or not we’ll see new revelations about other Arrowverse character deviations goes unanswered.

The reveal concerning Barry’s message from 40 years into the future will also remain integral to the shows going forward. However, it may not be an exclusive Flashpoint plot line, according to EP Andrew Kreisberg. “The message from the future relates to Flashpoint, but it also may relate to something else coming up,” he teased. Will we get answers on The Flash, Legends of Tomorrow, or will it be further explored on both shows? It’s anyone’s guess. But we do know The Flash may not delve further anytime soon.

“The midseason finale, episode 9, kind of creates a new problem for our heroes that they weren’t anticipating, something that they’ve never faced before,” Kreisberg noted. “It’s so big, we’re actually considering changing the saga sell from talking about Flashpoint to talking about that, because that’s really what’s driving the episodes for the rest of the season, actually. Flashpoint won’t loom as large as the challenge that presents itself in [episode 9].”

During The Flash’s crossover episode, the team assumes future Barry’s “don’t trust anyone, including me” references present circumstances. Kreisberg’s tease seems to intimate they’ve got it wrong. Does this mean the Legends come back at another point in time where the Speedster isn’t trustworthy? It’s possible, especially since the message is from 2056. And, interestingly, Barry returns to OG Harrison Wells’ time-vault. In it, he takes a look at the newspaper from the future which details his disappearance. Typically, the paper’s by-line features Iris West-Allen’s name… now it doesn’t. Could future Barry’s message be in regards to his 2024 vanishing act? Also, if his message isn’t solely about this crossover and Flashpoint, does that mean Barry tampers with the timeline again? Exciting times are ahead.

The Invasion! crossover event continues on Arrow’s 100th episode. Legends of Tomorrow is to provide a conclusion Thursday, December 1.