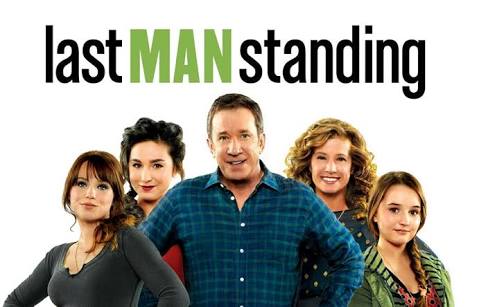 It looks like Last Man Standing is coming back on prime time. A year after the show’s cancellation, Fox has secured a slot for the series.

According to The Hollywood Reporter, the show is slated to make its return later this year. Not only are fans excited about the news but so is the titular Last Man Standing himself – Tim Allen.

In a statement, Allen, who plays Mike Baxter in the TV series, gushed about the return of his show. The cancellation surprised Allen:

“Excited?. Team LMS was in the sixth inning, ahead by four runs, stands were packed and then for no reason, they call off the game. It leaves you sitting in the dugout, holding a bat and puzzled. Now we get the news from Fox that it’s time to get back out on that diamond – hell yes, I’m excited!”

Nevertheless, the actor is very happy about Fox’ decision to bring back the show. He is grateful for the fans who signed petitions and urged the production company to bring it back on air:

“When I heard the offer to create more episodes of Last Man Standing, I did a fist pump so hard I threw my back out. It’s the fans! I could not be more grateful for the fans who wrote petitions and kept up the passion and incredible support for the show. And a fist pump, ouch, for Dana Walden and Gary Newman at Fox for not only listening to the fans, but for making the bold move to bring Last Man Standing back. I’m sure audiences will be curious to see what we look like after all these years. Oh, has it only been one year? Well, just goes to show you – a lot can happen in a year.”

ABC decided to cancel Last Man Standing during last year’s upfronts. Arguably, the decision was met with surprise considering the healthy ratings the show received despite its Friday timeslot. In fact, there was a little bit of controversy surrounding the cancellation.

According to speculations, the network cancelled the 20th Century Fox produced show because of its alignment with the current administration. ABC has since denied these allegations. Upon the show’s cancellation, Channing Dungey, ABC Entertainment President, released a statement explaining the cancellation of Last Man Standing. According to Dungey, the network is veering away from comedy on Friday nights – hence the decision:

“A large part of these jobs are managing failure, and we have made the tough calls and canceled shows that we would otherwise love to stay on the air. That’s the job. I canceled Last Man Standing for the same business and scheduling reasons that I canceled Dr. Ken, The Real O’Neals, The Catch and American Crime. Last Man Standing was a challenging one for me because it was a steady performer in the ratings, but once we made the decision not to continue with comedies on Fridays, that was where we landed.”

Last Man Standing’s return doesn’t have an exact return date just yet but we’ll keep everyone updated as soon as we get word.