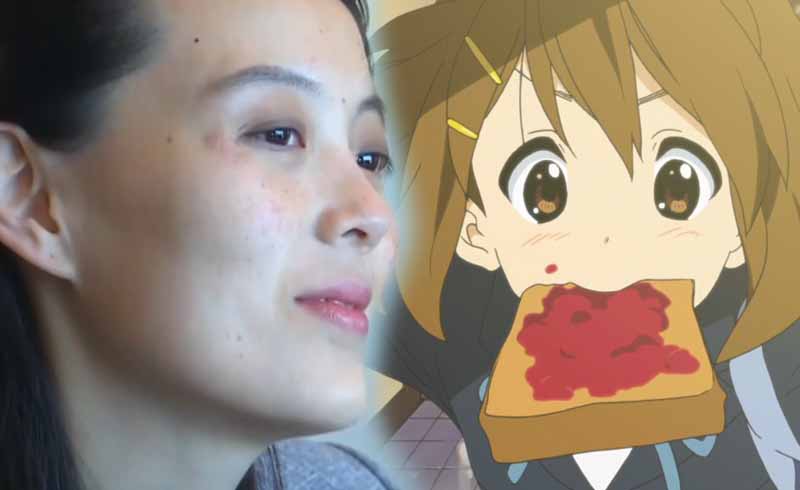 News had come out last weekend that North Korean dictator Kim Jong-Un has supposedly died, and with N. Korea being so secretive about the whole affair, nobody can be really sure on what the truth is. What we do know, however, is that the next in line for power is Kim Jong-Un’s youngest sister Kim Yo-Jong, and for some reason, the internet has turned her into the protagonist of her own make-believe anime.

It all started when someone edited Kim Yo-Jong with a piece of toast in her mouth, a common trope when it comes to anime girls:

Which one of you fuckers made this picture of Kim Yo-jong rushing to work on her first day as supreme leader with toast in her mouth like an anime girl? pic.twitter.com/xcj3TvpDzz

This then spiraled into multiple memes and fanart of Yo-Jong starring in her own series about a cute girl who has suddenly found herself the leader of North Korea:

My first day as the supreme leader of North Korea!
"Oh no i'm gonna be late!"#KIMJONGUNDEAD pic.twitter.com/EvnZjDUNCY

Someone even gave Yo-Jong her own anime opening:

While the memes are cute, people are still expecting Yo-Jong to be no less ruthless than her brother. She has made some racy remarks in the past, and in lieu of an anime protagonist, some are likening her to Avatar: The Last Airbender’s Azula:

Of course, there are some tweets that are just downright thirsty:

and some that are seeing her rise as some serious display of girl power:

If anything, I’m not really a fan of Yo-Jong as a person, but I have to admit, the premise of a cute girl suddenly being thrust into becoming the leader of a dictatorship is a premise of an anime I’d watch any day. Someone better pick this idea up right now before it’s gone.

As for Kim Jong-Un, it’s still unclear what state his health is in. While some say that he’s died, others claim that he’s been left in a vegetative state after his botched heart surgery. We’ll just have to wait and see what happens.