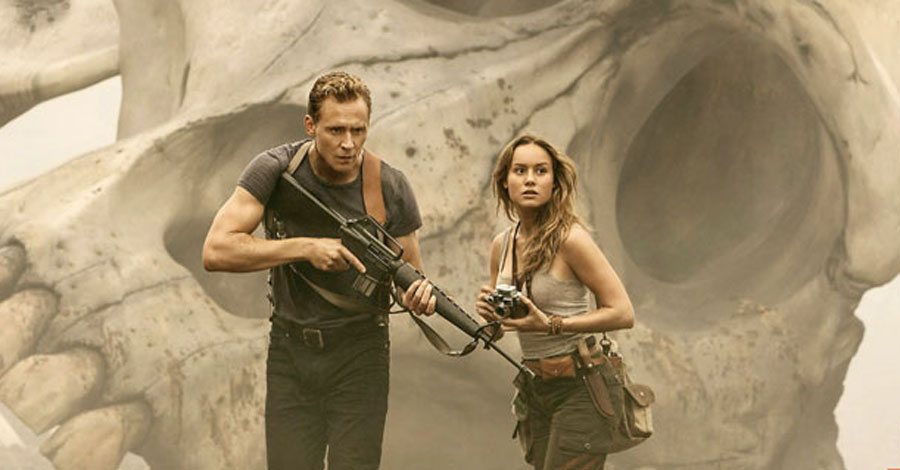 The movie monsters of the 1930s are making a big comeback this decade. Not only do we have the growing Universal Monsters Cinematic Universe, King Kong is also going back in front of the cameras (like that ever goes well!) in 2017. After a teaser trailer arrived for the prequel at this summer’s San Diego Comic-Con, we now have our first look at the titular character of Kong: Skull Island. Have a look at the big fella below.

Speaking to Entertainment Weekly, director Jordan Voght-Roberts explained what his team were going for:

“With Kong, there’s been obviously so many different versions of him in the past and ours needed to feel unique to our film. I had a mandate that I wanted a kid to be able to doodle him on the back of a piece of homework and for his shapes to be simple and hopefully iconic enough that, like, a third grader could draw that shape and you would know what it is. A big part of our Kong was I wanted to make something that gave the impression that he was a lonely God, he was a morose figure, lumbering around this island.”

“We sort of went back to the 1933 version in the sense that he’s a bipedal creature that walks in an upright position, as opposed to the anthropomorphic, anatomically correct silverback gorilla that walks on all fours. Our Kong was intended to say, like, this isn’t just a big gorilla or a big monkey. This is something that is its own species. It has its own set of rules, so we can do what we want and we really wanted to pay homage to what came before…and yet do something completely different.”

“There’s subtle nods. [The ’33 film] was black and white, so it’s really easy to assume that the fur on the monkey is black, but there’s actually a lot of forums and things that you read and there’s some real poster artwork where Kong’s fur skews more brownish, so we actually pushed his fur in more of a brown as opposed to the traditional black. It really was trying to create this feeling so that when these humans look up at him, they hopefully have a visceral response, saying to themselves, ‘That’s a God, I’m looking at a God.”