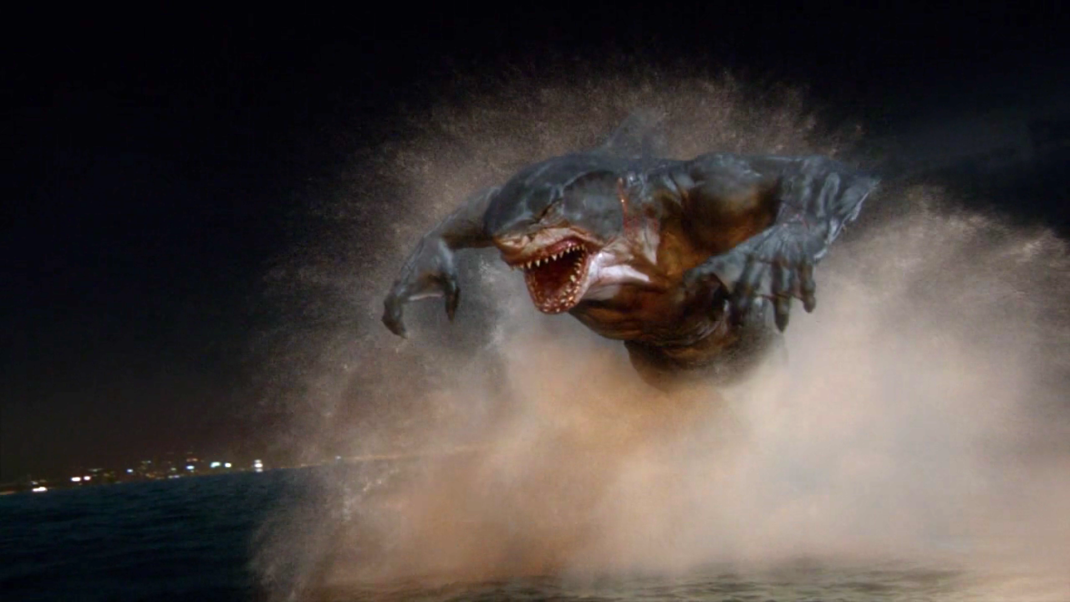 Some iterations of Task Force X in the comics see King Shark as an active member. According to Suicide Squad director David Ayer, that was the original plan for the film. In response to a fan question on Twitter (via IGN), Ayer explained why the villain didn’t make the cut.

“…one of the characters I was actually thinking about for the Squad line-up was King Shark, but we realized it would take a lot of work, a lot of CG work. I wasn’t quite comfortable having a full CG character. We actually ended up going with Killer Croc, who turned out to be the right guy for the job.”

We recently were given a taste, likely a very expensive one, of King Shark on The Flash. The villain had an episode dedicated to him, but Ayer’s reservations about including him in a two hour plus film are understandable. Besides, Killer Croc fits the monstrous bill quite nicely. Adewale Akinnuoye-Agbaje’s depiction of Croc appears menacing, so the (possible) wait for Shark’s eventual big screen debut seems worth it.

Because Team Flash didn’t kill King Shark, it would stand to reason the shorts-wearing predator will make a return. In the show, Gorilla Grodd is also off in Gorilla City, probably plotting his rise to power. The sentient monsters of the DC Universe are getting plenty of love and it’s great to see them come to life on screen. Surely, Killer Croc is just the beginning in the DCEU.

Image: King Shark on ‘The Flash’ via The CW