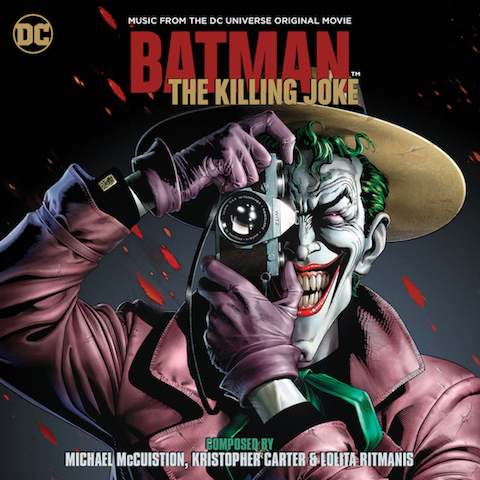 Yes, Suicide Squad is imminent, but Bat-fans are especially awaiting The Killing Joke’s release. The film adaptation of Alan Moore’s classic will remain true to comic, with the exception of a Batgirl prologue. So true to the source material that Mark Hamill’s Joker will sing I Go Looney. It’s a tune the Clown bellows as Gordon experiences the rollercoaster ride from hell. Excellent news, right?

Fans know Hamill has it in him, as he serenaded the Dark Knight in the end credits of Batman: Arkham City. He also sang a hilarious, yet incredibly malicious, musical number during Batman: Arkham Knight.

According to The Hollywood Reporter:

“The score was recorded using a live orchestra and composed by talents DC fans should be familiar with: Its composers are Lolita Ritmanis, Kristopher Carter and Michael McCuistion, known for work on projects such as Justice League, Batman Beyond and Young Justice. And many of the musicians who recorded the score for the classic 90s Batman: The Animated Series returned for the soundtrack.”

Check out the full tracklist below: