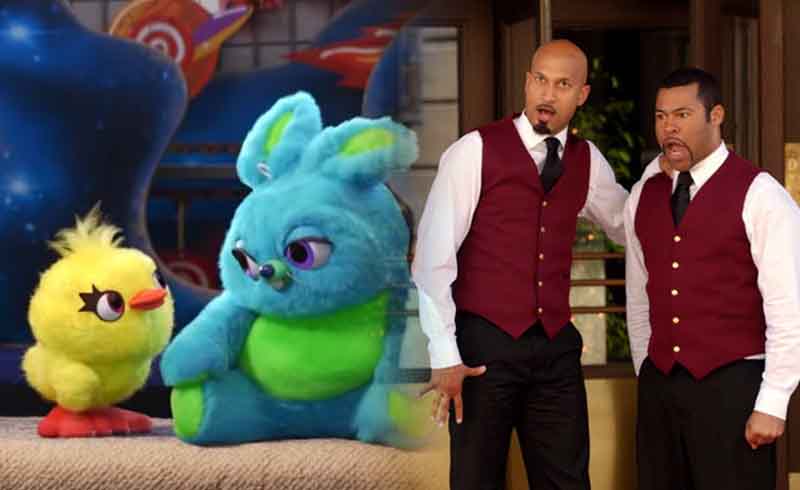 Disney Pixar had released their first teaser for Toy Story 4 yesterday but it found itself overshadowed by the trailer for Detective Pikachu (as well as the death of Stan Lee). It looks like the studio isn’t done with marketing, however, and has given us another teaser with Jordan Peele and Keegan Michael Key channeling their Valet skit into these toy characters Ducky and Bunny.

The teaser also comes with this description of the characters:

“Woody’s journey in Toy Story 4 includes a visit to a carnival where he meets Ducky and Bunny, two carnival prizes who are eager to be won. But when their plans are rudely interrupted by Woody and his friends, they find themselves on an unexpected adventure with a group of toys who have no idea what it feels like to be tacked to a prize wall.”

Like I said, Ducky and Bunny are basically just acting like the valet characters of Key and Peele, and they even say the signature line of Toy Story “being my jam.” Just in case you don’t know haven’t seen it, here’s Key and Peele freaking out about “Liam Neesons”:

Pixar has always had a fondness for comedic actors with the likes of Amy Phoeler (Parks and Recreation), Ed O’Neill (Modern Family), Phyllis Smith, and Mindy Kaling (both from The Office) having lent their voices to films. I can’t wait to see what Key and Peele have to offer this film; I’m sure it’s going to be hilarious.