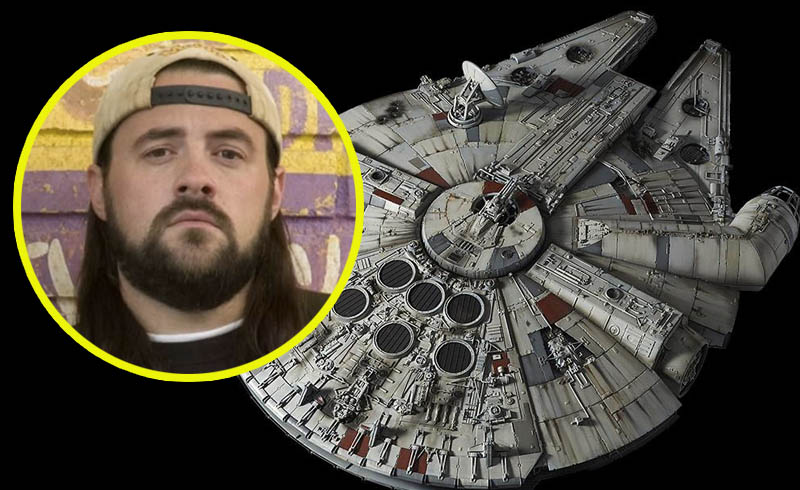 Yesterday, rumors came out that Kevin Smith was being courted to direct either a Star Wars or a Marvel film. Seeing that Smith is such a huge fan of pop-culture, it made sense to a lot of people that he would helm a film for at least one franchise. Now Smith himself has come out to deny the rumors.

Easy to deny. The only @starwars or @MarvelStudios movies I’m involved with are the ones I pay to see in theaters. Promise. https://t.co/QmeZ4kAZOh

Of course, that doesn’t mean that he hasn’t been involved in other ways with the films. Smith was actually invited on the set of The Force Awakens by J.J. Abrams, and he was even allowed to make a small voice cameo as a stormtrooper.

On the DC side of things, Smith has directed episodes of The Flash and Supergirl. He’s also written some episodes for Smallvile.

If Smith were to have any involvement with the big budget films, though, I think he would make for a good writer. He did try to write the screenplay for the failed Superman Lives film. He has also had stellar runs writing for comics like Daredevil and Green Arrow.

I’m actually a big fan of Smith ever since I watched Clerks and I’m always happy to see him involved with franchises that I follow. Hopefully they give him some onscreen roles in Star Wars, the DCEU, or the MCU in the future.