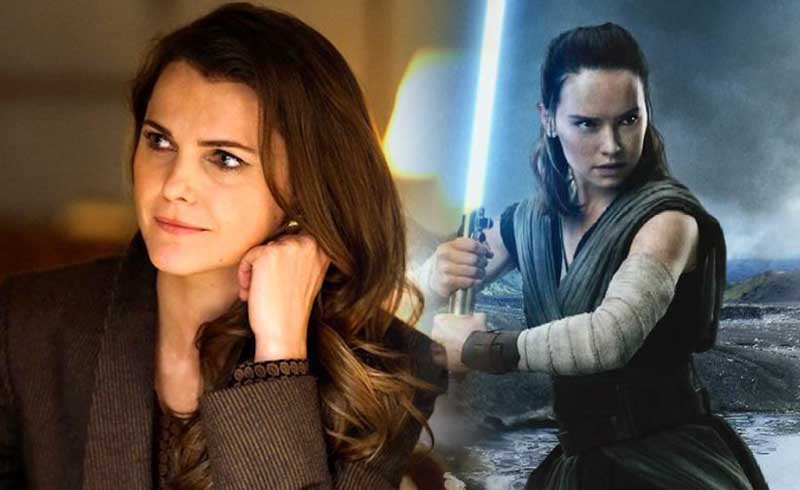 Keri Russell was the first new cast member that was announced for Star Wars Episode IX, and it will be a reunion with director J.J. Abrams who had previously worked with her on Mission Impossible III as well as Felicity. Now Russell talks about her reunion with Abrams and working on something as big as Star Wars.

“It is just so much more fun to work with someone that you like so much… I mean, we see each other and then we talk nonstop and fill in all the details of the past years, and you know, it’s just nice when you have that kind of fun and history with someone. It makes it all that much more enjoyable. When J.J. calls so unexpectedly, cool things happen.”

We still don’t know what kind of role Russell has been cast in, but seeing that she has a slight resemblance to Daisy Ridley, a lot of people have speculated that she’s Rey’s mother. Then again, any new woman in a Star Wars film has been speculated to be Rey’s mother; from Jyn Erso to Qi’Ra.

Though I would like to give a face to Rey’s parents, I really like Rian Johnson’s explanation that she ‘came from nothing.’ Sure the Skywalker legacy is at the heart of Star Wars, but I like the idea that greatness can come from even unexpected places.

So what if she’s nobody’s daughter? That’s what makes the character so special and unique.

Hopefully we get news on the upcoming characters soon.