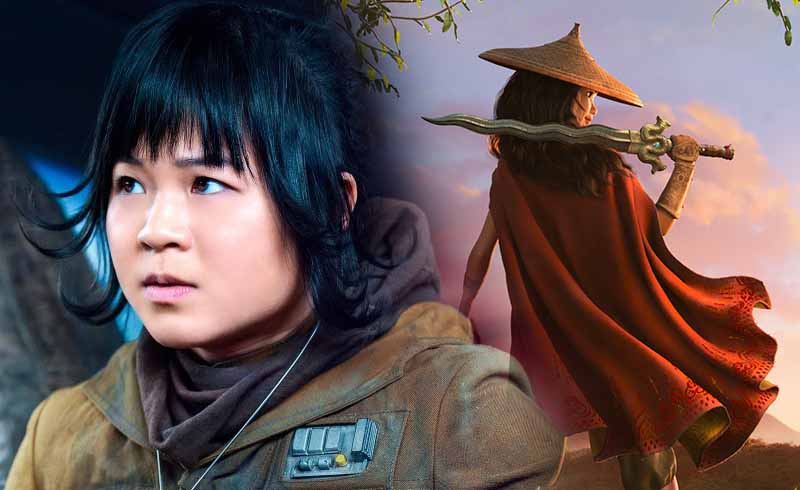 Disney may have sidelined Rose in Star Wars: The Rise of Skywalker, but they are looking to make it up to Kelly Marie Tran by making her the next Disney Princess.

According to Entertainment Weekly, Tran has been cast as the lead of the upcoming animated film Raya and the Last Dragon. Tran will be taking on the role of Raya, a princess warrior who is on the quest to help a woman named Sisu (Awkwafina) return to her true dragon form. Tran had this to say about landing the role:

“She is someone who is technically a princess but I think that what’s really cool about this project, about this character, specifically is that everyone’s trying to flip the narrative on what it means to be a princess… Raya is totally a warrior. When she was a kid, she was excited to get her sword. And she grows up to be a really badass, gritty warrior and can really take care of herself.”

Originally, the role of Raya was supposed to be played by Cassie Steele (Rick and Morty), but Disney had opted to change the lead actress—most likely because this story is based on Southeast Asian folklore and Tran is Vietnamese. Before you go thinking that she only got cast because of her race, co-director Carlos Lopez Estrada had confirmed that Tran had pulled off a fantastic audition for the part, with her first session leaving everyone ‘in tears.’

I have to say, Tran definitely deserves the win. She was supposed to be one of the new heroes of the Sequel Trilogy, but blind hate from toxic fans had opted for Disney to keep her in the sidelines. While I would love to see more of Rose, I’m happy that Tran has been cast in a project where she’s actually the lead.