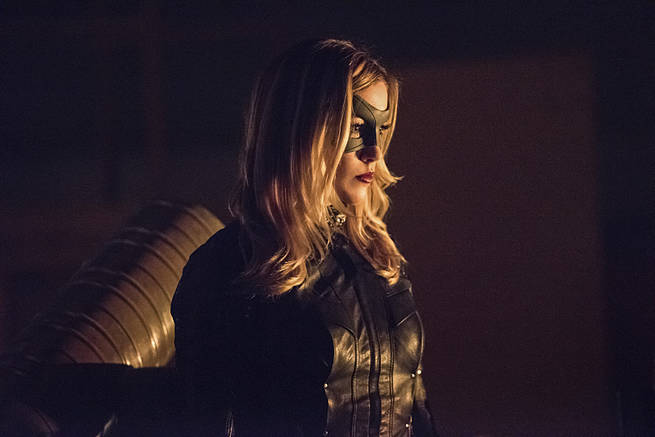 The Black Canary actress, Katie not Caity (White Canary), will be guest starring on The Flash and Vixen later this year, according to a TVLine report. However, on The Flash, she will not be taking her Canary Cry with her, since she’s set to play an Earth 2 character by the name of Black Siren.

Crossovers are nothing new to the Arrowverse, in fact, this season they’ve become almost commonplace, though they haven’t lost their appeal. The last time we saw Laurel Lance with the members of the S.T.A.R Labs team, Joe and Cisco were investigating Harrison Wells in Star City in the show’s first season. Now the assistant district attorney will make her trek to their side of the DC TV Universe on episode 22 of The Flash this season.

Black Siren is the Golden Age version of Black Canary, Dinah Drake, mother to the more familiar second Black Canary, Dinah Laurel Lance. You may recognize her from the Justice Guild of America in the Justice League animated series.  Information is scarce, so no word on how or why Earth 2 Black Siren ends up in Central City on Earth 1. Seeing as how very few good people make the jump from Earth 2, it’s safe to posit that this Black Siren could be either a hero or a villain.

But wait! That’s not all. Laurel will also feature in season 2 of CW Seed’s Vixen animated series. Katie Cassidy will lend her pipes to the show and in doing so invite fans to learn how Laurel and Mari McCabe first met, according to Entertainment Weekly.

What do you think of these additional crossovers? They certainly add to the universe, making it feel more complete. It’ll be awesome to finally see an alternate Arrow character from Earth 2 appear on The Flash. The episode Laurel is set to appear in airs Tuesday, May 17 at 8pm EST.