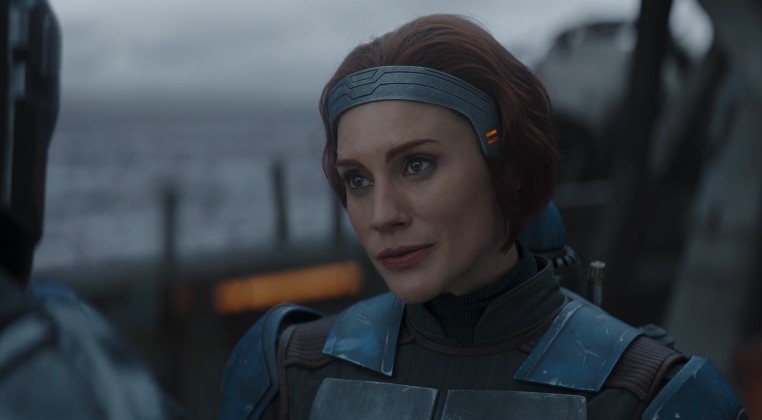 Katee Sackhoff’s live-action debut as Bo-Katan is probably one of the most talked about elements of the last episode, but after she left, it kind of felt like her character was a one and done. As it turns out, it’s likely we could see more of Bo-Katan in the rest of the season.

Talking to ET Online, Sackhoff had revealed that Bo-Katan would be essential to the story of The Mandalorian moving forward. She says:

“I’m excited to see what everybody thinks because [Bo-Katan] is truly so special and she’s been such a pivotal character in this world, and she’s so important to the story in Mandalorian and where it’s going, and I think it’s important. She’s important.”

We don’t really know what Bo-Katan’s role will be moving forward, but she does provide an interesting contrast to Mandalorian culture when it comes to our main Mando, Din Djarin. With Din so stuck in his ways, it would be interesting to see him have some kind of culture clash, as there are other Mandalorians who don’t follow the way of the Watch.

This is just my personal gripe though, but I hope they give Sackhoff a better wig in the future, because the hair was so stiff that I got so distracted. I mean, even Dwight had a better wig than the one Bo-Katan had.

We don’t know when Bo-Katan will make her return, but you can catch more of The Mandalorian Season 2 now on Disney+.