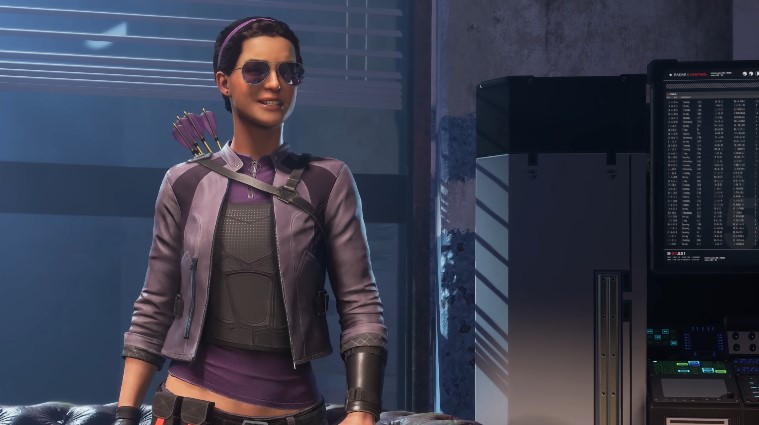 We know that Kate Bishop is going to make her MCU debut soon with Disney+’s Hawkeye series, but we had no idea that she would be getting the spotlight a lot sooner with Square Enix’s Avengers game. With a launch set for this weekend, Crystal Dynamics has given us a trailer revealing Kate as a new playable character.

As a master archer, Kate has the smarts, the talent, and the sarcastic attitude that makes any enemy she faces quiver in fear.

If you think Kate’s voice sounds familiar, she’s actually played by Ashly Burch, who has voiced several other video game characters, one of them being Aloy from Horizon Zero Dawn. In that game, Aloy is also a badass chick with a bow and arrow, but I guess she doesn’t have the ability to teleport like Kate can.

We’ve known for a while that the OG Hawkeye Clint Barton is going to be a playable character in the game, but Kate adds fresher face to the roster of heroes—not unlike Ms. Marvel Kamala Khan. We don’t know exactly when she comes to the game, but it’s said she will be the first available character post-launch. Hopefully she has a skillset of her own and isn’t just a woman-skin for Hawkeye.

Avengers launches this Sept. 4 and will be available for PC, Xbox One, and PS4.