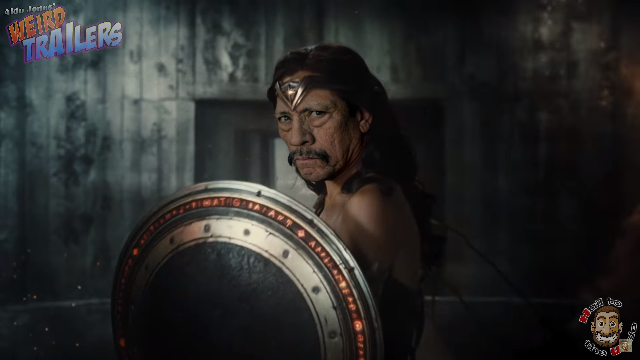 Think that Zack Snyder’s DCEU movies are too gloomy for their own good? Then you will love this new fanmade edit that gives the Justice League trailer a Looney Tunes-esque makeover. Give it a watch below:

The video forms part of Youtube user Aldo Jones’ Weird Trailers series (previous examples include Batman v Superman: Dawn of Justice and Captain America: Civil War). The guy clearly has a vibrant imagination as so many surreal sight gags are squeezed into the 3 minute video. Danny Trejo gets to play Wonder Woman, Santa Claus joins the Justice League, Bruce Wayne turns into a troll… Plus, there is a very literal dig at the Ghostbusters reboot.

Sadly we will not be seeing the adventures of the Justice League Weird team on the big screen any time soon. The closest we will get is Justice League Dark, which just recently finally acquired a director in Doug Liman. Though that team deals with all kinds of supernatural shenanigans, we wouldn’t expect anything as crazy as what’s on show here.

Here’s the synopsis for the real Justice League:

Fueled by his restored faith in humanity and inspired by Superman’s selfless act, Bruce Wayne enlists the help of his newfound ally, Diana Prince, to face an even greater enemy.  Together, Batman and Wonder Woman work quickly to find and recruit a team of metahumans to stand against this newly awakened threat.  But despite the formation of this unprecedented league of heroes—Batman, Wonder Woman, Aquaman, Cyborg and The Flash—it may already be too late to save the planet from an assault of catastrophic proportions.